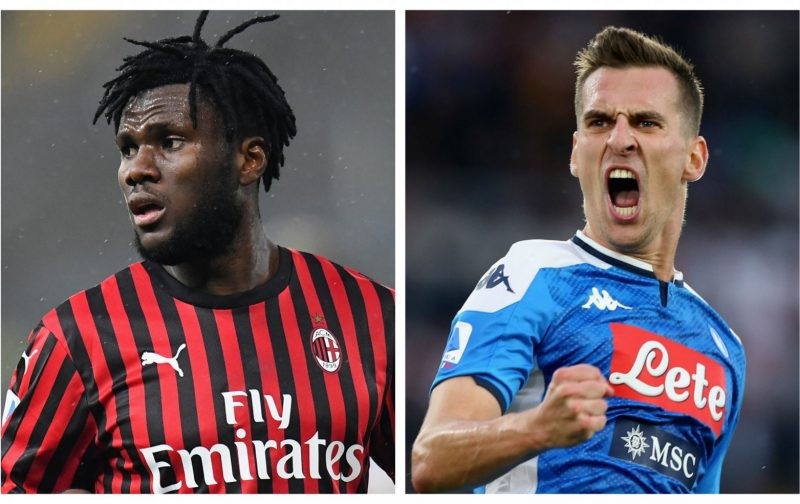 Napoli and AC Milan are reportedly considering an exchange of players if they cannot acquire Luka Jovic from Real Madrid, with Polish striker Arkadiusz Milik to move to Milan and Ivorian midfielder Franck Kessie to go to Naples.

The 26-year-old striker is contracted to the Partenopei until 2021 and he was linked with Juventus but the Rossoneri are also looking for reinforcements in attack.

According to the Corriere della Sera, Napoli coach Gennaro Gattuso would let Milik transfer to Milan if he can get Kessie in return.

The Partenopei tactician worked with the Ivory Coast international at AC Milan for nearly two seasons, and the 23-year-old midfielder has similar attributes to what “Ringhio” had as a player, which the coach admires.

Milik has scored 10 times in 18 Serie A appearances so far in 2019/20 and he also scored the winning penalty in the 2020 Coppa Italia Final penalty shootout while Kessie has scored once and provided an assist in 25 league games this season.