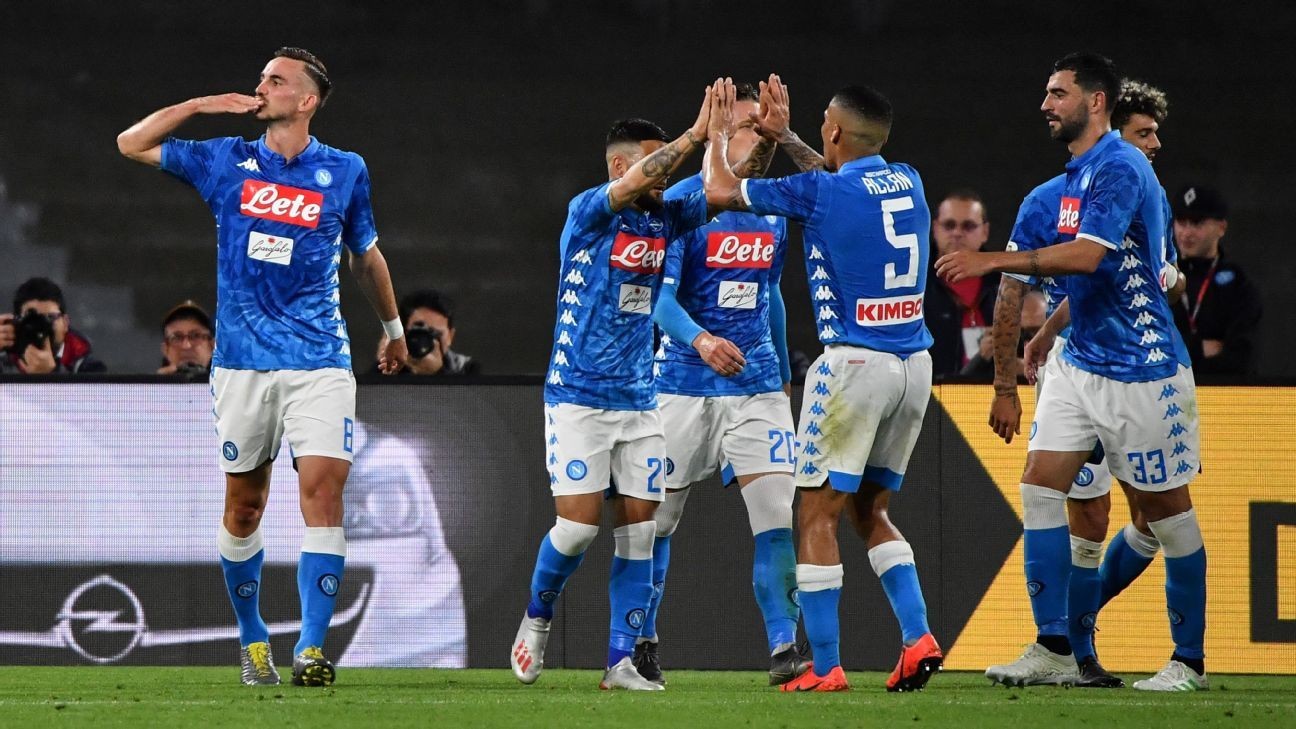 Inter Milan's hopes of qualifying for the Champions League were left hanging in the balance after they slumped to an embarrassing 4-1 defeat at Napoli in Serie A on Sunday.

Inter, who would have clinched a place in Europe's elite club competition with a victory, must now win their final game at home to Empoli, who are fighting relegation and have won their last three games, to guarantee a top-four finish.

Fabian Ruiz scored twice for Napoli -- already sure of finishing second -- after Piotr Zielinski and Dries Mertens set them on their way, while home defender Kalidou Koulibaly made a remarkable goal-line clearance from Lautaro Martinez.

With one game left, Inter dropped to fourth with 66 points, behind Atalanta, who drew 1-1 at champions Juventus, on the head-to-head record. AC Milan are a point behind in fifth after their 2-0 win over Frosinone.

"We need to keep clear heads. It was a bad performance but our destiny is in our own hands," said Inter coach Luciano Spalletti. "There is nothing wrong with losing to Napoli, but not in this way. The next game will be a final.

"We started well but we made mistakes in building moves from the back, which is how their first goal came about, and after that, our passing was all over the place."

Zielinski fired Napoli in front with a rasping drive in the 16th minute and Mertens ghosted in behind the Inter defence to head in Jose Callejon's cross in the 61st for the Belgian's 15th league goal of the season.

Koulibaly then denied Inter by somehow heading Martinez's powerful drive off the line from right underneath the crossbar.

Ruiz scored twice on the break to finish off the visitors, while Martinez hit the bar in between.

Mauro Icardi won and converted a soft penalty for Inter in the 81st but it was far too late for Luciano Spalletti's side.