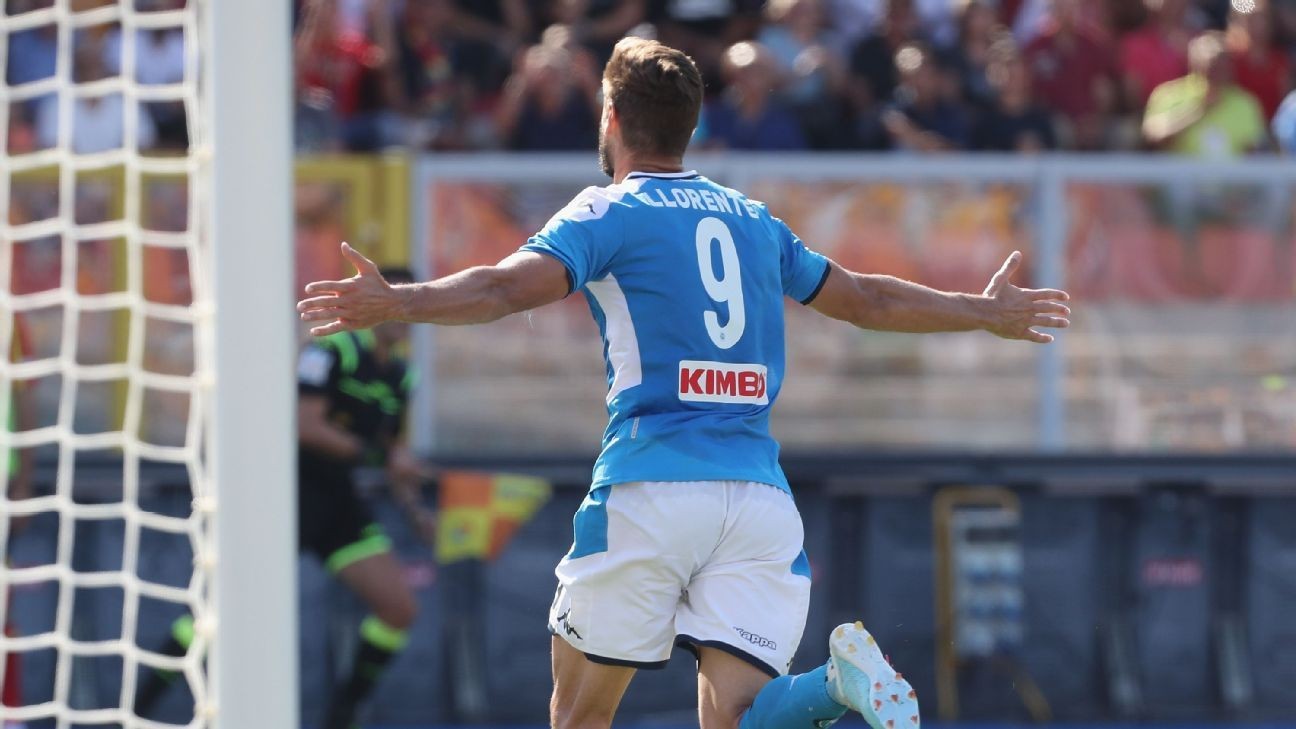 A Fernando Llorente double helped Napoli move into third place in Serie A with a 4-1 win at Lecce on Sunday, while Edin Dzeko scored a last-gasp winner as Roma beat Bologna 2-1.

Spaniard Llorente struck the opening goal on his first start for Carlo Ancelotti's side before Lorenzo Insigne doubled their lead with a penalty before the break.

Fabian Ruiz's curling strike made it three before Marco Mancosu pulled one back for Lecce from the penalty spot, but Llorente made sure of the points with a tap-in.

In Bologna, Roma defender Aleksandar Kolarov went from hero to zero in the space of five second-half minutes as he scored a superb free-kick before conceding a penalty to gift Nicola Sansone the equaliser.

Roma's Gianluca Mancini was shown a second yellow card with five minutes remaining but Dzeko powered home a header from point-blank range in the dying seconds to send the capital club fourth.

Napoli are third on nine points, one behind Juventus and three off leaders Inter Milan, while Roma are one point behind them and Bologna occupy fifth place on seven points.