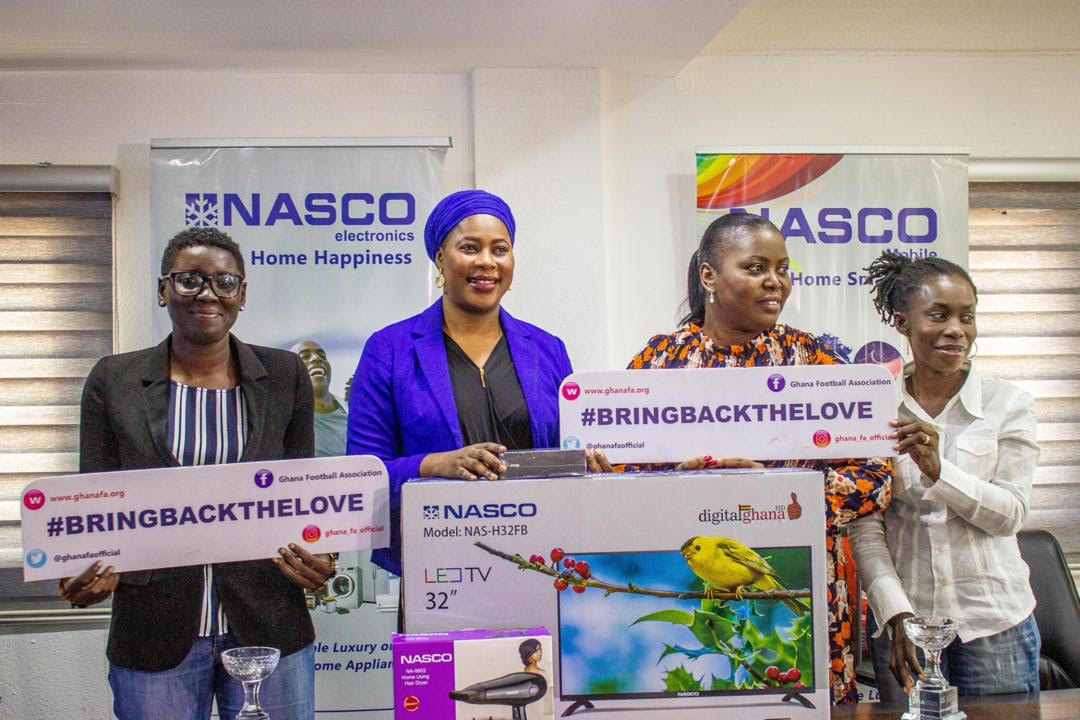 The Ghana Women’s League has received a major boost ahead of the start of the new season as Electroland Ghana Limited through its brand NASCO will be awarding prizes to outstanding players during the league season.

NASCO through its partnership with the Ghana Football Association has extended its sponsorship wings from the Ghana Premier League to the Women’s League.

Head of Marketing for Electroland Ghana Limited, in a press briefing to announce the company’s sponsorship package for the Women’s League said, “For the past two years NASCO has been supporting the Ghana Football Association in awarding Man of the Match Award prizes to players. This year we have extended our support to the Women’s League just like what we have been doing for the men”.

“NASCO wishes to reiterate its commitment to support the Ghana Premier League and the Ghana Football Association”.

She further stated that, beginning from week one of the season, each player who emerges as Woman of the Match in the Ghana Women’s Premier League will be awarded with a sleek Nasco mobile phone and a Hand dryer.

Also, any player who emerges as Player of the month from the Northern and Southern Zone combined will be awarded with a 32inch Nasco TV set, a hand dryer and a trophy.

Further to that, the best coach from both the Northern and Southern Zone who emerges as Coach of the month will also be awarded with a 40inch Digital Satellite TV set.

She further revealed that Nasco will also be rewarding the overall goalscorer and overall best player of the League  with a NASCO shopping voucher.

Member of the National Women’s League Board, Rosalind Amoah also urged Electroland Ghana to consider awarding the Top Scorer of the season and the Most Valuable Player of the season.