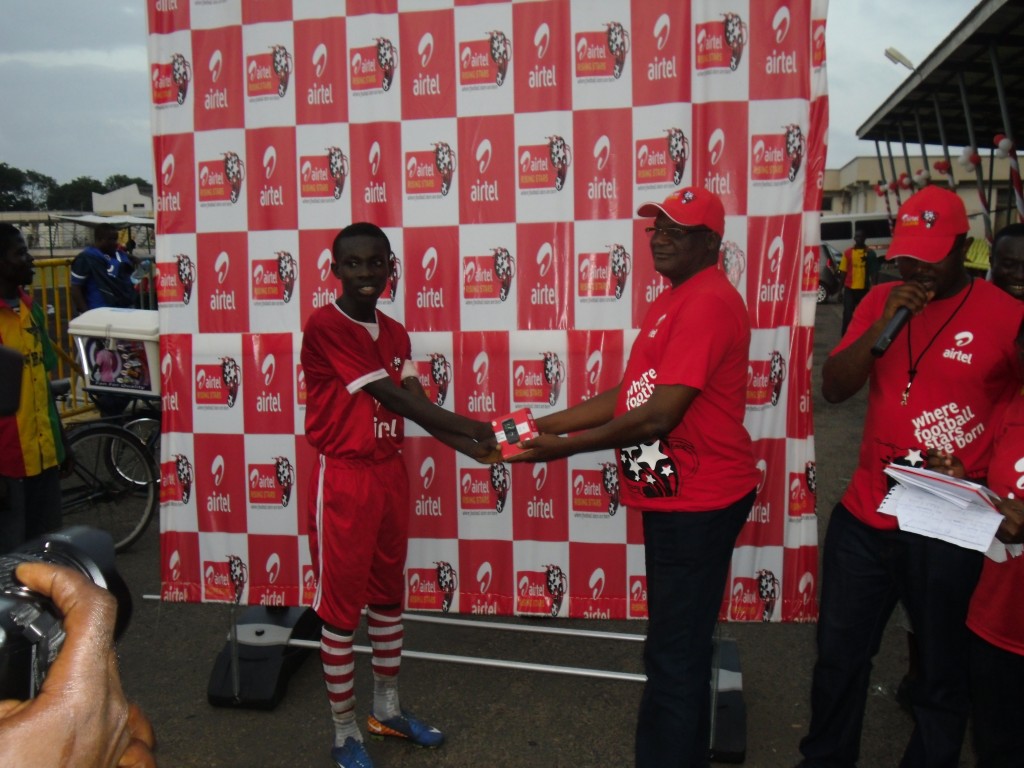 Attiso Abraham is aiming to win the World Best player award in future after being adjudged the Overall Best Player at the maiden GFA/Airtel National Juvenile championships.

The young striker captained the Brong Ahafo Region to win the tournament after beating the Upper East Region in the grand finale on Sunday by a solitary strike which was scored by the same Abraham.

However after taking delivery of his personal award for his stellar performance throughout the tournament, Abraham revealed he isÂ eyeingÂ for the ultimate personal accolade of being named the World Best player one day.

"I want to be a football Super Star in future who will win the World Best Player award," he exclusively told GHANAsoccernet.com

"I would howeverÂ have to work hard to make my dream come true but I believe I can get there someday."

The 14-year-old who was also adjudged the Man-of-the-Match in the grand finale alongside other award winners would be sent to South Africa to compete further with other nationals.

This is to primarily give international exposure to the young ones while they aim to achieve their dream of becoming top notch footballers in future.