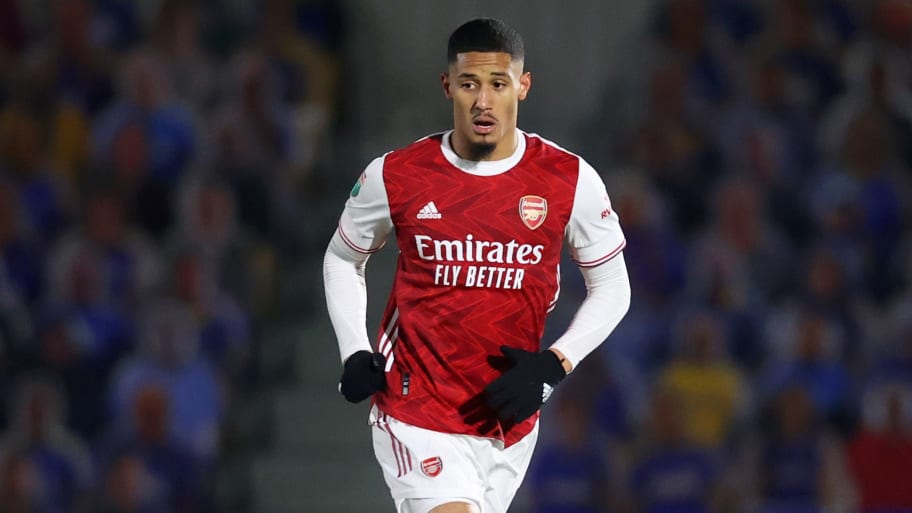 Newcastle and Southampton are two of several clubs linked with 20-year-old Arsenal centre-back William Saliba, who could be sold by the Gunners this summer as part of a squad overhaul.

Saliba joined Arsenal to much fanfare in the summer of 2019. He was still just a teenager with precious little first-team experience at the time, but the Gunners saw enough long-term potential to commit to a deal worth up to £30m.

Things haven’t quite worked out as planned for Saliba and he is yet to play a first-team game for Arsenal. The youngster spent his first season after signing back on loan with Saint-Etienne, but it proved be an injury hit campaign that led to disagreements between the clubs over his fitness.

Saliba was named on the bench when Arsenal played Liverpool in the 2020 Community Shield, suggesting he could have been in for a significant first-team role in the season to come. But he never made it into a matchday squad in the Premier League and his only Arsenal appearances in the first half of the 2020/21 season were for the club’s Under-23 side.

At that point he returned to France to join Nice on loan and played virtually every match.

But with Arsenal looking to bring in plenty of new players all over the pitch this summer, Saliba could be one of those sacrificed to make space and raise funds.

According to Footmercato, Newcastle and Southampton are showing interest in Saliba from within the Premier League. But there is interest from Germany in the shape of Bayer Leverkusen, while Nice, Marseille, Rennes and new champions Lille are keen on keeping him in France. Unnamed Italian clubs are also said to be keeping an eye on the situation.

Player sales and other departures will be a significant part of Arsenal’s business this summer. 90min recently revealed that the Gunners could spend close to £250m on new players in key positions all over the pitch in order to equip Mikel Arteta with a squad capable of climbing back up the Premier League table and getting back into the Champions League.

Arsenal are initially focusing their search on a new goalkeeper, central defender, full-back and two central midfielders, with Brighton defender Ben White looking as though he will be the first major summer acquisition in a deal potentially worth £50m.

This article was originally published on 90min as Newcastle & Southampton among clubs chasing William Saliba.