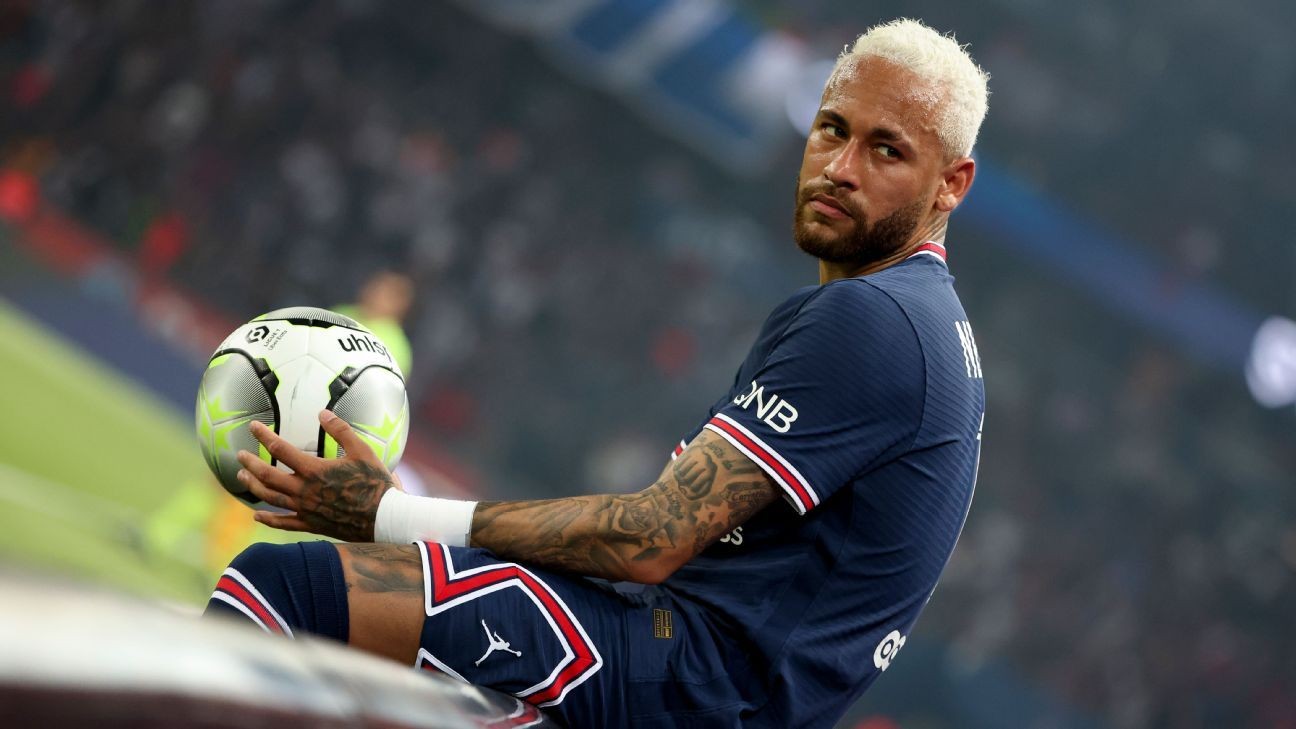 There should be a long line of clubs queuing up to sign Neymar from Paris Saint-Germain this summer, but despite being one of the world's most recognisable footballers -- and one with an incredible goal-scoring record to justify that billing -- the Brazil forward has become the superstar that nobody seems to want.

Financial realities and changing football philosophies have conspired to make signing the 30-year-old something which makes little or no sense to every club that could afford him.

Due to the terms of the three-year contract Neymar signed at Parc des Princes 12 months ago, an automatic 12-month extension to his deal will be triggered on July 1, so it would appear that he is committed to the French champions until his mid-30s.

But it has become an open secret within the game that Neymar -- still the world's most expensive player following his €222 million ($264m) move from Barcelona in 2017 -- is available for a loan or permanent move during this transfer window, with sources telling ESPN that PSG would happily offload his €700,000-a-week ($730,000) wages due the financial burden of paying Kylian Mbappe -- who himself signed a new three-year deal last month after appearing to be set for a free transfer to Real Madrid -- and Lionel Messi to be at the club.

Despite the huge wealth of PSG's Qatari owners, there is still a need for the club to project the image of being run as a viable business, so reducing the wage bill is a necessity, but Neymar's fitness record over recent seasons and his difficult relationship with the team's past two coaches, Thomas Tuchel and Mauricio Pochettino, are also factors in PSG's willingness to listen to offers for the player.

Sources have told ESPN that Pochettino became hugely frustrated with what he perceived to be the soft treatment of Neymar by the club's hierarchy when the former Tottenham Hotspur coach wanted to impose firmer discipline and introduce stricter rules about off-field conduct. Tuchel, meanwhile, struggled to get the best out of the player having adopted a blunt and honest approach to motivating him.

Neymar's contribution on the pitch over the past three years has also been a disappointment. He has managed just 55 Ligue 1 appearances in three seasons, scoring 35 goals in that period. Although he helped PSG reach the Champions League final in 2020, where Tuchel's team lost 1-0 to Bayern Munich in Lisbon, Neymar has never quite been the talisman in that competition that he was signed to become when he arrived from Barcelona five years ago.

Paris Saint-Germain forward Neymar should be at the peak of his powers, but his future has never looked so uncertain. John Berry/Getty Images

So it is clear to see why PSG are prepared to move him on, especially now that Mbappe and Messi are above him at the club when it comes to star billing. But while it is easy to argue the reasons why PSG can thrive without Neymar -- it helps when you have Mbappe and Messi in the squad -- the absence of an obvious destination for the Brazilian is a reflection of the state of the game today and how he has become a symbol of a different age.

At 30, Neymar is still young enough to have at least four more years at the highest level and his goals record is incredible, despite all of his injury problems. Since moving to Europe in 2013, when he joined Barcelona from Santos, Neymar has scored 205 goals in 330 appearances for Barca and PSG, with an additional 136 assists. He has also scored 74 goals in 119 games for Brazil -- only Pele, with 77, has scored more goals for the five-time World Cup winners.

Neymar's misfortune is that his record pales in significance when compared to those of Messi and Cristiano Ronaldo, the two modern greats who have always overshadowed him, so he perhaps doesn't get the recognition his talents merit. But Messi and Ronaldo have also been more consistent, fitter and less affected by off-field distractions than Neymar, and his own reputation has been tarnished as a result. While Messi and Ronaldo have earned global acclaim, Neymar is still regarded as the party-loving flair player who can infuriate fans, coaches and teammates alike with his approach to the game.

There is still a match-winning player in Neymar, though, which makes it even more surprising that PSG are struggling to find a club to take him off their hands. But with the modern game demanding that every player works harder than ever, both in and out of possession, Neymar's inability, or reluctance, to contribute defensively makes him a luxury that the top teams can do without.

Manchester City could afford to pay Neymar's wages, but he wouldn't fit Pep Guardiola's requirements for a player. Manchester United would see huge commercial value in signing Neymar, but while he would have appealed to the club in recent years, the determination to re-focus on football under new coach Erik ten Hag means that Neymar is the wrong player at the wrong time. It is a similar story for Liverpool and Bayern Munich -- Neymar just wouldn't fit in -- while the leading Italian clubs such as AC Milan, Inter Milan and Juventus couldn't afford him.

Barcelona have continually been linked with a move to take Neymar back to Camp Nou -- where he helped the club win a fifth Champions League title in 2014-15 -- but the financial situation makes such a move impossible to conceive. As for Real Madrid, having failed to sign Mbappe, it would be a humiliation to help PSG pay the France forward's new contract by taking Neymar off their hands. Chelsea, under new ownership following Roman Abramovich's sale to a group led by Los Angeles Dodgers co-owner Todd Boehly, are the club being linked with Neymar right now, but the team has other priorities and it would be an interesting decision by Tuchel, now Chelsea coach, to decide to work with Neymar again.

So PSG and Neymar may end up being stuck with each other in an ongoing relationship that doesn't work for either of them. He is too good a player for his career to drift aimlessly towards an unsatisfactory conclusion, but if you are too expensive and don't fit into the modern game, it's difficult to see a way out for Neymar and PSG.