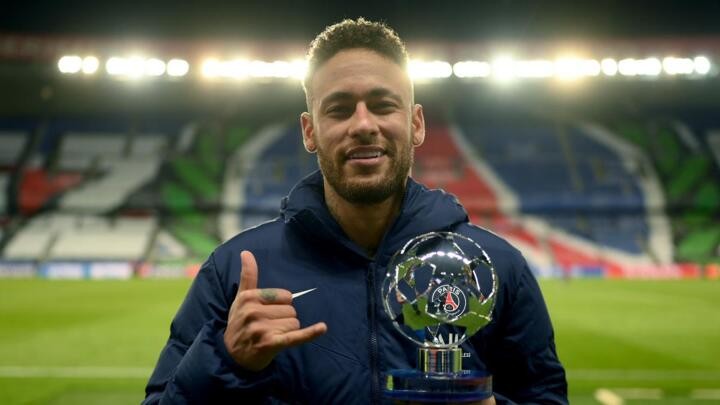 PSG have often been criticised for a lack of togetherness, questions Neymar felt they emphatically answered against Bayern Munich.

Neymar felt Paris Saint-Germain's team spirit and willingness to work for one another was key to their Champions League quarter-final triumph over holders Bayern Munich.

Former PSG forward Eric Maxim Choupo-Moting scored the only goal of the thrilling contest at Parc des Princes, but a 1-0 win on the night for Bayern saw them go out 3-3 on away goals. Neymar was named man of the match after he had more shots (six), more shots on target (three) and made more key passes (three) than any other PSG player, hitting the crossbar and then the post during the first half.

"I am very happy, despite the defeat. We faced a great team. We are also a great team and we showed it," Neymar told RMC Sport after a moment of sweet revenge for last season's final defeat at the hands of Bayern. "We eliminated the European champion. Now we are in the semi-finals and we still have to work more, improve and we hope to have a good half. We are really a team, we talk to each other a lot. Marquinhos [the centre-back who was absent through injury] spoke to us during the match to help us organise ourselves. We are a really competitive team, all together. We saw that [Angel] Di Maria ran a lot, we must congratulate everyone."

"A lot of joy, emotion, because this was a very difficult match. We lost but the game was characterised by a great team performance," he told RMC Sport. "I want to say, I am proud. Even though we lost, it remains very positive. For me, it means a lot to be able to have PSG youth products on the pitch, it shows that there is soul in this club. Colin showed what he was capable of, I am very proud of him. Collectively we did the job, but I would like to congratulate him because he was hyper-focused."

Kimpembe believes some of PSG's painful Champions League defeats over recent years make success over Bayern a little sweeter, focusing particularly on their 2019 reverse against Manchester United when he was controversially penalised for handball and Marcus Rashford netted a decisive penalty.

"The club never stops growing, day by day, year by year. I am the proof, I struggled to rebound after what happened two years ago. When you fall, you need to figure out how to get back up again.Tonight was a battle, a war but we fought well. The most important thing is the qualification and now we are going to try and savour this a bit, even though we have to quickly get back to it in Ligue 1. We have a big message for our supporters. We want to thank them. Our thoughts are with them, we want to thank them," he ended.