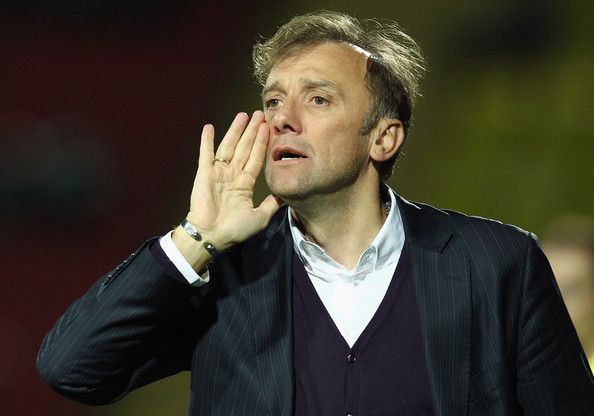 Former Ghana coach Goran Stevanovic has emerged as the frontrunner for the vacant Nigeria position as he is expected to be named the Super Eagles boss within two weeks.

Stevanovic, an experienced Serbian coach, is among the list of the trio of coaches from his country who have been shortlisted for the job.

Popularly known as Plavi, Stevanovic is expected to arrive in Abuja in two weeks time to be unveiled as the new coach of the Super Eagles.

This comes after the technical committee picked him ahead of Alexsandar Rogic and Milutin Sredojevic based on his experience.

His major brief will be to qualify Nigeria for the 2018 World cup in Russia where Nigeria are in a difficult group with Algeria, Cameroon and Zambia.

The 49 year old who started coaching in 2001 has handled teams in Serbia, China and Greece and as at last year was the head coach of Greek side Agrotikos Asteras FC .

At National team level he served as assistant manager for three years with the senior national team of Serbia and Montenegro before handling the Black Stars of Ghana for just over a year.

He was sacked after the 2012 Nations cup after Ghana were stopped from reaching the final of the tournament by eventual winners Zambia before losing in the losers final to Mali, forcing the coach to accuse his players of using black magic against each other in his technical report after the tournament.

Despite the setback at the AFCON, Stevanovic was credited to fostering the free flowing football Ghana enjoyed under his rein only curtailed by the defeat to Zambia.