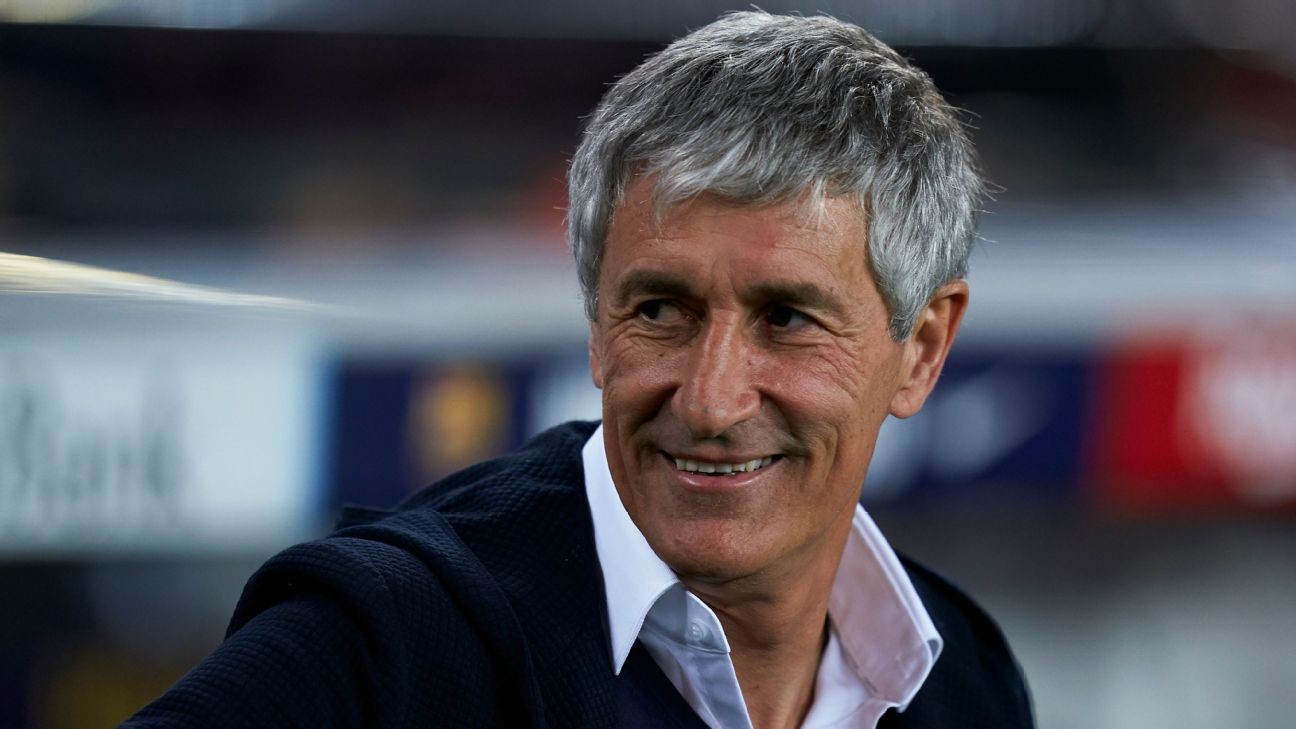 Gab Marcotti outlines how the current rift between Lionel Messi and Eric Abidal could progress at Barcelona.

BARCELONA -- Quique Setien said he has no regrets about accepting the coaching job at Barcelona after the club descended into crisis on Tuesday.

Club captain Lionel Messi took to Instagram to respond to sporting director Eric Abidal, who had earlier said that some of the players were not happy under former boss Ernesto Valverde and were not working very hard.

Messi responded with a message which told Abidal, who he previously played alongside at Camp Nou, to take responsibility for his own decisions and to name the players he was criticising.

The war of words comes less than a month after Setien replaced Valverde and shows some of the problems behind the scenes at the club. However, the former Real Betis coach said he knew what to expect when taking over a team midseason.

"Of course I don't [regret taking over]," he said in a prematch news conference ahead of Thursday's Copa del Rey quarterfinal at Athletic Bilbao. "It is true when I was sat at home out of work I didn't have any problems.

"I don't fall down easily. I am convinced that we can keep moving forward on the pitch and things will go well."

Setien, 61, was faced with a barrage of questions about how Messi's social media post could affect the team, who are three points behind Real Madrid at the top of La Liga and still in the Copa del Rey and the Champions League. He repeated that his only focus was the Athletic game, although he said he had briefly spoken about Tuesday's incident with his squad.

"We spoke about it for one minute earlier but that was all. What interests me is football. At any club of this size, there are problems, but they are not things I can control."

Asked how Messi was, Setien said: "He was in good spirits this morning and smiling. He loves coming in and training and he was the same today as he was yesterday.

"He has the experience and the capacity to decide [what he does]. I am not going to get involved in his life -- or in anyone else's. I am not his father."

The fallout is expected to continue in the boardroom, though. Sources have told ESPN that Abidal will meet with Barca president Josep Maria Bartomeu on Wednesday to discuss where the club go from here.

Setien, though, is more concerned about losing forward Ousmane Dembele for up to five months. The French forward, who has not played since November, ruptured a tendon in his thigh on Monday in training.

"I am worried about Dembele, not just as a footballer, but as a person because he is an extraordinary kid," the coach said, adding that Barca could look to sign a replacement on an emergency basis if rules allow them to.

"I am gutted that he can't play football for a number of months. He doesn't deserve that because he is a great person. I care more about that than anything else."

Setien also confirmed Samuel Umtiti will have to make his own way to the team's Copa del Rey match at Athletic as he is due in court on Thursday afternoon.

A spokeswoman for Catalonia's judiciary confirmed that the 26-year-old faces a civil hearing but declined to give further details on the case.