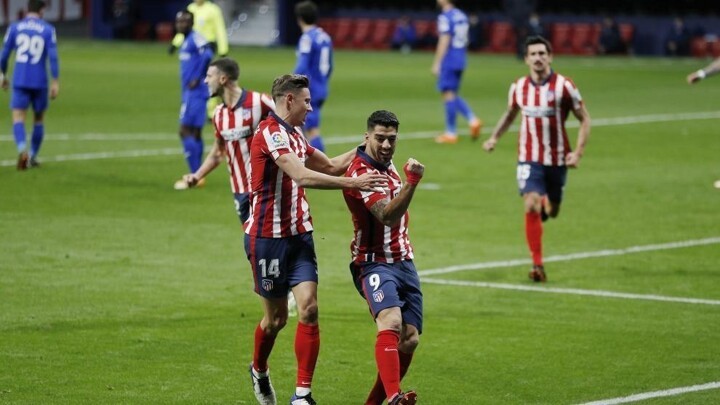 Some people are determined to put the 'robbery' of Luis Suarez in the same light as the signing of Marcos Llorente. Some insist that it is the same to give away a striker of the calibre of the Uruguayan as it is to sell a midfielder for 40 million euros who was in a residual situation at his former club. They are determined, in short, to equate the blunder that Barcelona made by giving away a proven goalscorer to a direct rival with the fact that Real Madrid did not object to selling a player who was not in their coach's plans... and who at that time was far from being the decisive player that he is now.

And no, no matter how much they insist on the message, there is no possible parallel. We all knew, even at Barcelona, that Suarez would continue to score goals wherever he went, regardless of the physique he has or the number of years he's played. He has done nothing else since leaving Uruguay to begin an incredible career in the Netherlands, England and Spain.

Just as that was a reality in the case of the Uruguayan, Llorente's contribution was as 'dubious' as his first few months at Atletico Madrid. He came to be the last midfielder in Diego Simeone's rotation and only a genius move by Cholo - putting him forward on the pitch - and the determination and talent of the No.14 to succeed have uncovered a decisive player who first showed what he can do at Anfield, and who is now a starter at Atletico. One of their stars, in short.

Even Marcos himself has acknowledged that even he did not expect to become this time of player, in terms of goals and assists, and thus Real Madrid cannot be blamed for letting a player that no one, not even the world's biggest Llorente fan, saw reaching this level of performance (let's not forget, for 40 million euros). So, no, Llorente and Suarez are not comparable cases.