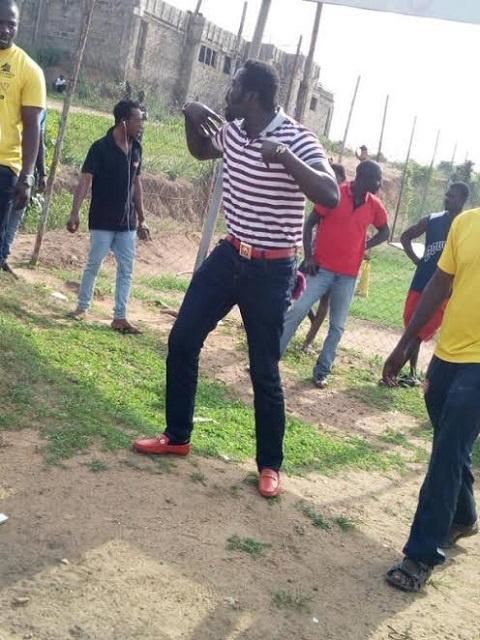 Asante Kotoko supporter Seidu Mba is in the custody of Police over the kidnappings of two Canadian girls in the Ashanti Region, according to reports.

The staunch Kotoko fan is believed to be the mastermind behind the kidnappings of the girls who went missing for sometime now.

A Police statement in the early hours of Wednesday morning revealed the girls have been rescued with further investigations ongoing.

However around mid-day, reports coming from Kumasi indicated the "notorious" Seidu was arrested in connection with the kidnapping.

Further reports also revealed four Nigerians have been arrested as part of the ring involved in the crime.

Seidu is known for several misconduct at match centers as well as leading call for the sacking of former coach of Asante Kotoko Dravsko Lugarisic.

The very built Mba single handedly sacked Lugarisic who was at training with the players on a very bright afternoon at the Adako Jachie.