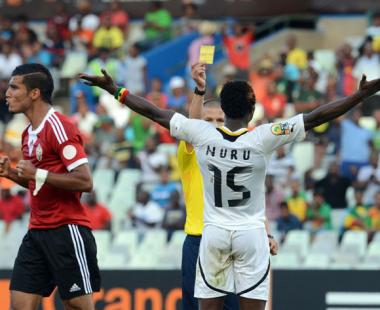 Defender Nuru Sulley says his target after closing in on a deal with Hearts of Oak is to break into the senior national team.

The 27-year old is set to sign a two year deal with the Phobians on his second return to the club after a spell abroad.

Even though he is yet to complete the move, the former Alanyanspor defender is already eyeing a Black Stars call up.

"Another thing is that my target is to break into the national team," he told Oyerepa FM.  "Which I know will attract a bigger offer to the advantage of Hearts of Oak," he added.

Sulley played six times for Ghana and was a member of the Black Stars B team that played at the Championship of African Nations in South Africa 2014.

With regards to his move to the Phobians, the player wants the club to consider his quality and experience in making their monetary decision over the contract.

"So they should consider all these in our monetary discussions, won't charge them for rent because am staying in my own house," he said.