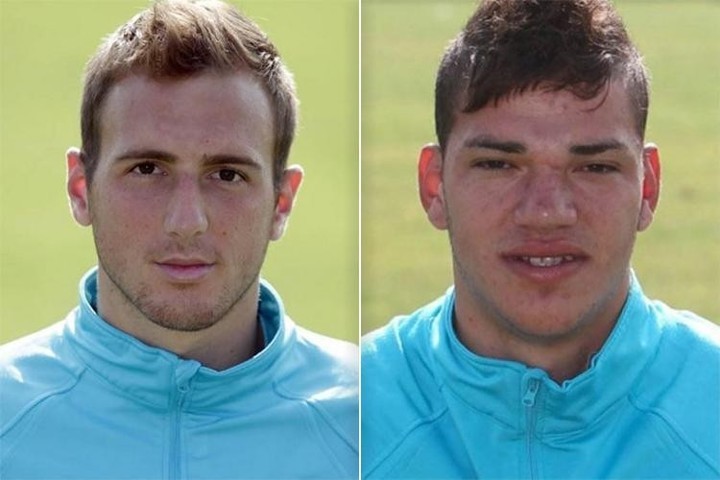 What makes Benfica's success over the past few years more impressive is that they have routinely seen their most important first-team players and best up-and-coming prospects move elsewhere each summer.

Here are some of the players that Benfica have called upon to replace a big-money sale since 2013 and whether or not they succeeded.

Benfica certainly did well out of Jan Oblak’s sale, selling the gigantic Slovenian shot-stopper to Atletico Madrid for £12.6m after he made just 25 appearances for the club over a four-year period.

Clearly, Oblak is an exceptional talent, going on to become one of the world’s best goalkeepers during his time in Madrid, but they certainly replaced him well, initially with the stop-gap Julio Cesar and later another Brazilian, Ederson.

Ederson broke into the Benfica starting XI in the second half of the 2015/16 season but he really impressed in 2016/17, keeping an incredible 18 clean sheets in 27 league matches. His career took another step when Pep Guardiola snapped him up, helping City win back-to-back Premier League titles.

Nemanja Matic had been used by Chelsea as a makeweight in their signing of David Luiz from Benfica back in 2011 but after a couple of excellent years in Portugal, he returned to Stamford Bridge in January 2014 and is now at Manchester United.

It seems as though Benfica had prepared for his departure as they had signed his Serbian international teammate Ljubomir Fejsa just six months before and Matic’s departure opened the door for him to seal a regular place in the side.

It took some time, but the move has finally worked out with Rafa Silva initially struggling to hold down a spot in Benfica’s starting team having been signed to replace Nicolas Gaitan, who was exceptional during his time with Benfica.

In his first two seasons, Rafa scored just five goals in 41 league matches, but followed that up with 17 in 26 last year. This season hasn’t been as great, due to injury problems, but the Portuguese midfielder has taken his total tally to 35 goals in 125 matches, becoming key to Benfica.

Promoted: Nelson Semedo from the academy

Maxi Pereira went from cult hero to pantomime villain in the eyes of the Benfica supporters after he left them on a free transfer to join their title rivals Porto in 2015.

That coupled with the sale of the talented Joao Cancelo to Valencia a few months earlier, appeared to leave Benfica short at right-back but fortunately, they had a tailor-made replacement waiting in the wings in Nelson Semedo.

After spending the 2014/15 season in Benfica’s B team, Semedo was promoted to the first team the following year and has since established himself as one of the most highly-rated full-backs in Europe before he moved to Barcelona in 2017.

Promoted: Ruben Dias from the academy

Over the past 18 months, Lindelof, promoted as Garay replacement, has emerged as one of the best young defenders in European football and his move to Manchester United came as no surprise to regular followers of Portuguese football. It took some time for the Swede to settle in England, but he has found his best form under Ole Gunnar Solskjaer.

How do you replace a replacement? With another player from the academy it seems. After Lindelof made the move to Manchester United, Benfica promoted young Portuguese centre-back Ruben Dias to the first-team squad.

After being eased into the first team, it didn’t take long for Dias to become a big part of Benfica’s back line, appearing 24 times in the league in his debut campaign adding to two Champions League matches against Manchester United. But Dias’ real breakthrough campaign came last season, in which he missed just five of Benfica’s 60 games across all competitions and helped them wrestle the league back from Porto.

Signed: Chiquinho from Moreirense for £3.6m

Perhaps the biggest replacement task Benfica have had in recent years, the departure of Joao Felix last summer was a blow, such was his importance to the team going forward despite his young age.

Benfica brought in two attacking players last summer to try and fill the gap, Chiquinho and Carlos Vinicius, but a change in formation has seen the club use two forwards as opposed to a no.10 as Felix operated a lot.

Of the two signings, Chiquinho is most like Felix with regards to roles on the pitch, playing support to Vinicius who has taken on the goalscoring responsibilities. However, Chiquinho has struggled so far, with just one goal and four assists in 18 league appearances so far