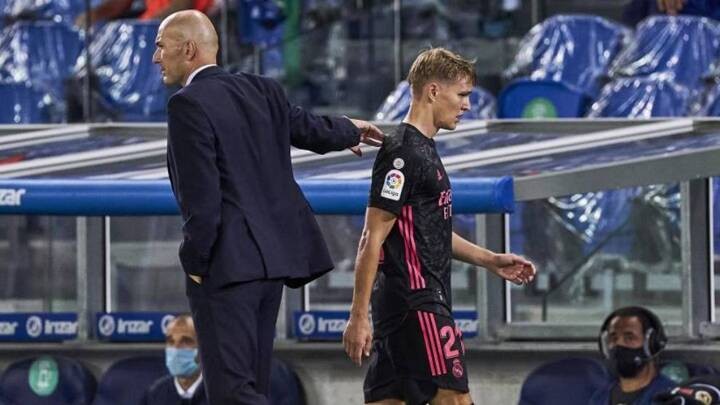 Martin Odegaard's loan move to Arsenal looks all but confirmed, as Real Madrid's starting midfield trio see off yet another contender.

The dictatorship of Luka Modric, Toni Kroos and Casemiro have claimed Odegaard as its latest victim, and its impenetrable strength is displayed by the fact that the Norwegian's exit leaves Los Blancos rather short in midfield.

Furthermore, of the five that remain, Isco actually wanted to leave on loan in this window as well due to a lack of game time, but that door is surely shut now after Odegaard walked through it.

Before Odegaard, there were others who struggled to make a space for themselves amidst the dominance of Modric, Kroos and Casemiro.

Asier Illarramendi was the first. Although he arrived as a starter, Casemiro displaced him on his return from Porto and Illarra was soon packing his bags to return to Real Sociedad after two underwhelming years in the Spanish capital.

Then came Mateo Kovacic, who proved to be a useful backup during the three consecutive Champions League triumphs, but he wasn't satisfied with only starting when one of the others was injured and thus he left for Chelsea, initially on loan, after three seasons at the club.

Los Blancos still wanted someone who could compete for a midfield spot, or at least give them another option, and that saw Dani Ceballos arrive from Real Betis, but he is now in his second season on loan at Arsenal after failing to win over Zidane.

Marcos Llorente is another recent example of how tough it is to break into the Real Madrid midfield, as he has gone from strength to strength since Zidane ushered him towards the exit door and he made the switch to Atletico Madrid.