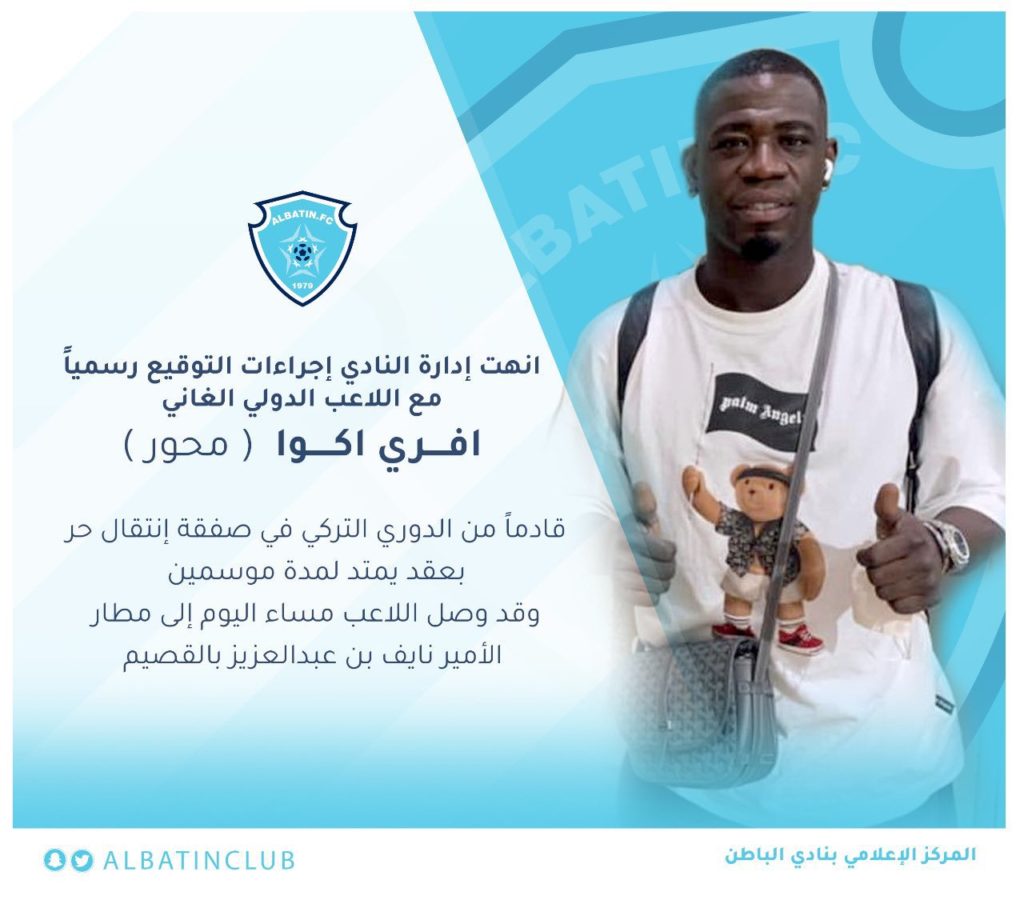 Acquah sealed the move on Tuesday after passing medical and signed a two-year contract with an option to extend.

The 29-year-old is joining the Hafar Al-Batin based club from Turkish Superlig side Yeni Malatyaspor.

Acquah became a free agent after his contract with Malatyaspor expired on 30 June 2021.

The former Torino FC player made 35 appearances in all competitions for Malatyaspor last season where he scored three goals.