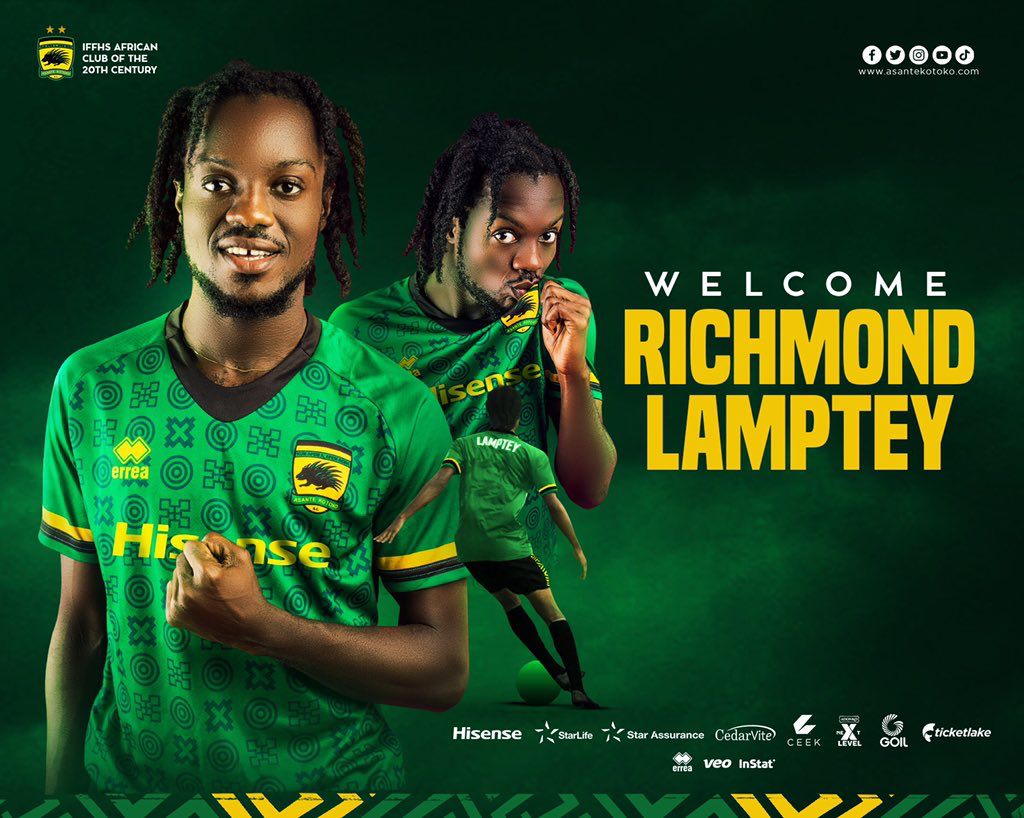 Asante Kotoko SC have officially announced the signing of midfielder Richmond Nii Lamptey from Inter Allies FC ahead of the new season, GHANAsoccernet.com can report.

The 24-year-old has signed a three-year contract for the Porcupine Warriors after completing his medical examination last week.

The midfielder was outstanding in the Ghana Premier League last term where he notched 3 goals in 30 matches.

Lamptey provided two assists and won four man of the match awards across the 2020/2021 campaign.

The WAFA SC graduate made the headlines after scoring a worldie against champions Hearts of Oak at the Accra Sports Stadium.

He joined Allies in January 2021 on a free transfer after leaving WAFA when his contract with the academy side expired.