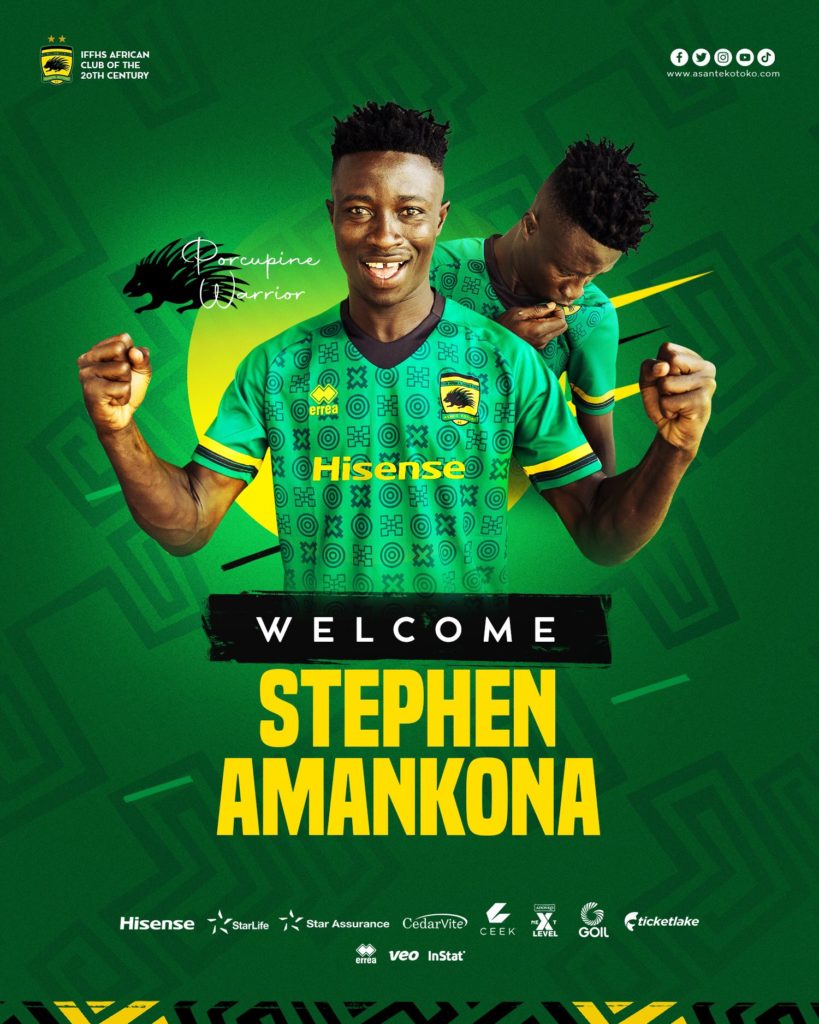 Asante Kotoko SC have completed the signing attacking midfielder Stephen Amankona from Berekum Chelsea ahead of the upcoming campaign, GHANAsoccernet.com can report.

The Porcupine Warriors have acquired the services of the highly-rated player agreed for an amount around 150,000 cedis.

Kotoko unveiled Amankona on Tuesday after completing all documentations on the player who has signed a three-year contract.

The 21-year-old was instrumental for the Bibires in the Ghanaian top-flight last term where he netted 10 goals in 28 matches.

Amankona was also outstanding for Chelsea having helped them to reach the semi-finals of the FA Cup.

He becomes the 12th signing of the Porcupine Warriors who keen on clinching the Ghana Premier League from bitterest rivals Hearts of Oak next term.