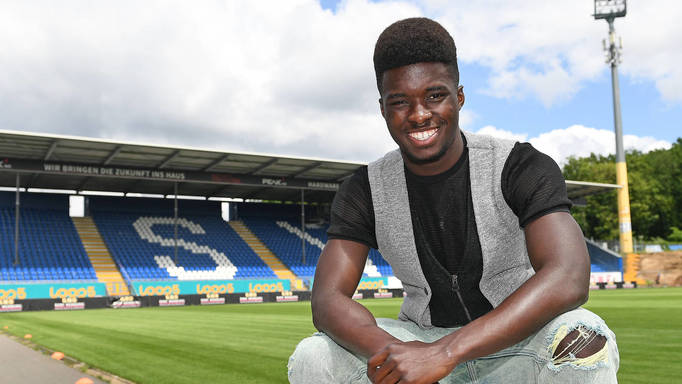 German second-tier side German Bundesliga II side SV Darmstadt 98 have completed the signing of Ghanaian winger Braydon Marvin Manu on a three-year deal, the club announced on Wednesday.

The 22-year-old joined on a free transfer after terminating contract with third-tier side  Hallescher FC.

The wideman is expected to continue his development with the Blue and White.

"The 22-year-old winger moves from Halleschen FC to southern Hesse and signed a contract with the lilies until June 2022. The transfer modalities were agreed to remain silent."

Manu said: " I see good prospects for my development here with the lilies and I am convinced that Darmstadt is the right club for me."

The winger, who is eligible to represent both Ghana and Germany at the international level, scored three goals and provided five assists in 31 appearances for  Hallescher FC last season.