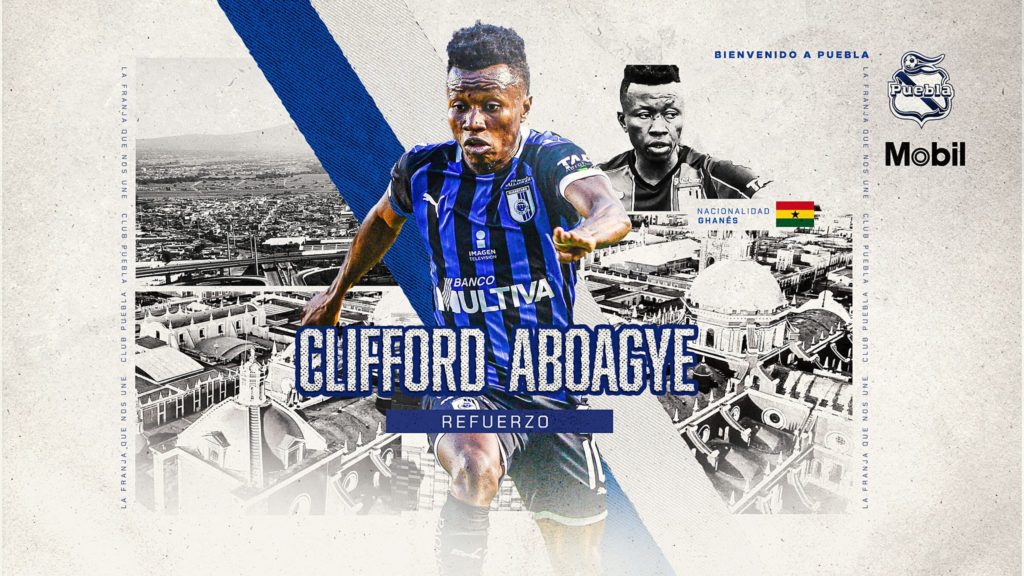 The 25-year-old has joined the side from Club Tijuana.

This is the fourth Mexican club for the Ghanaian star after stints with Atlas, Querétaro and Tijuana.

"Club Puebla is pleased to inform that Clifford Aboagye joins our institution to strengthen the team towards the Guard1anes Clausura 2021 tournament," a  club statement read.

"The year 2017 marked his arrival in Mexico and Liga MX, where he has been part of teams such as Atlas, Querétaro and Tijuana, a squad from which he arrives in La Franja as a loan for one year."

The hugely talented Ghana midfielder is expected to bring speed, skill and depth to the Puebla attack and be influential for the Strip.

After being awarded with the Bronze Ball at the FIFA U20 World Cup in 2013, Aboagye moved from Inter Allies FC to Italian side Udinese Calcio.

He later joined Spanish side Granada FC in the 2013/2014 season after spending only a season in Italy.

Aboagye was then loaned to Atlas FC after two seasons with Granada FC.

Having had an impressive spell in his first season, his move to Mexico was made permanent in 2017/2018 campaign.