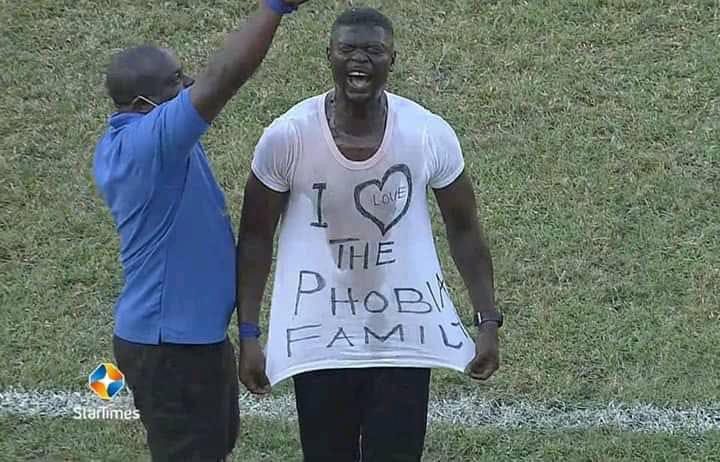 Ghanaian giants Hearts of Oak have parted ways with coach Samuel Boadu and his backroom staff to 'chart a new direction', the club announced on Tuesday.

Boadu, 36, and his entire backroom staff including assistant coach Hama Obeng and goalkeepers coach Eric Amponsah have have left the club in a dramatic turn of event.

The young gaffer left the job following a meeting with board chairman Togbe Afede on Tuesday amid a torrent of criticism over the side's downward spiral.

"Accra Hearts of Oak has decided to part ways with the entire technical team of the senior team led by Coach Samuel Boadu with immediate effect. The club is of the opinion that there is the need for a new direction and the energy to ensure its broader objectives are achieved and it feels the time for that new direction is now," a club statement read.

"The Board and management will like to thank Samuel Boadu and his assistants  for the contribution to our history and the memories- which will forever remain with us. The club will like to wish them the best of luck in their future endeavours." 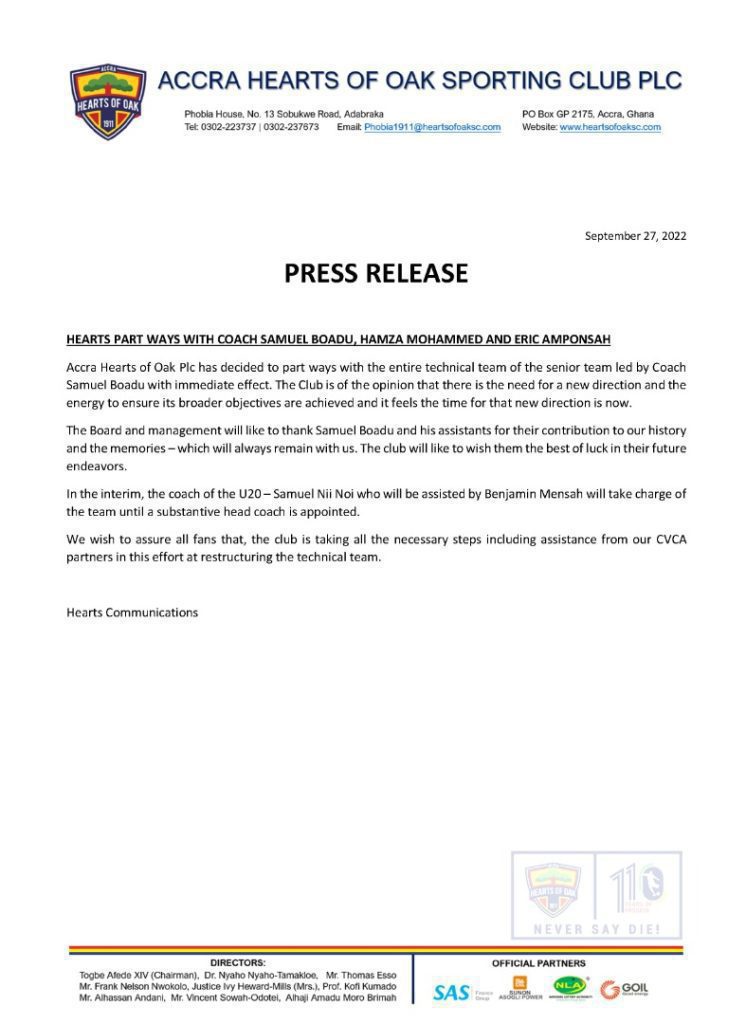 Boadu has been under incessant pressure due to the side's unflattering start to the season with calls for his removal growing rapidly.

The club's recent drop in form has accumulated in growing calls for his sacking - forcing the board to ask him to step back from duties.

His assistant coach Hamza Obeng and goalkeepers coach Eric Amponsah have all been yanked from the team in a sensational twist to the drama that has engulfed the Ghanaian giants.

The young gaffer has come under intense pressure after failing to defend the Premier League title, having finished on the 6th position with 48 points last season.

However, he was able to save his managerial job win by defending the MTN FA Cup title after beating  Bechem United to the crown.

Hearts have been abysmal - failing to win their last eight Premier League matches in a spillover from last season.

Boadu won five major trophies with Phobians since his sensational switch from Medeama two seasons ago - ending a 11-year wait for a Premier League crown.