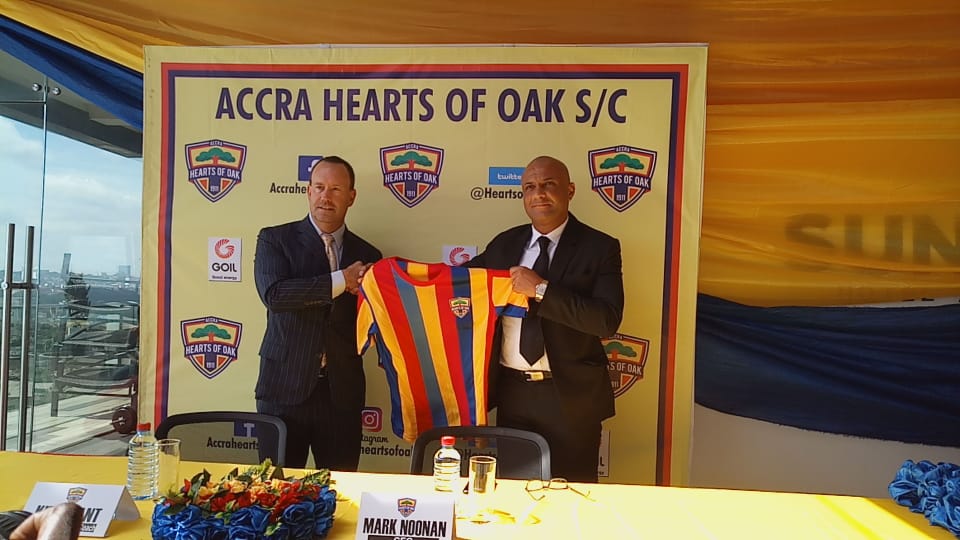 Ghana Premier League giants Hearts of Oak have officially unveiled Kim Grant as the club’s new head coach and director of football after signing a three-year deal on Wednesday.

Grant becomes the Phobians new manager under the leadership of Togbe Afede XIV following the departure of Henry Wellington in the first round of the truncated 2017/18 Ghana Premier League season.

At a press conference in Accra, Grant expressed his delight to be joining the Rainbow Club and that he is hoping to rekindle the side’s glory days.

“Thank you for welcoming me. I’m delighted to have been chosen by this great club.”

“I hope to make this club great once again. It’s the biggest club in Ghana with huge fan base.”

The ex-Ghana international will kick-start his Hearts of Oak career on December 1.

Grant played 14 times for the Black Stars and worked with several clubs across several continents including West Bromwich Albion.