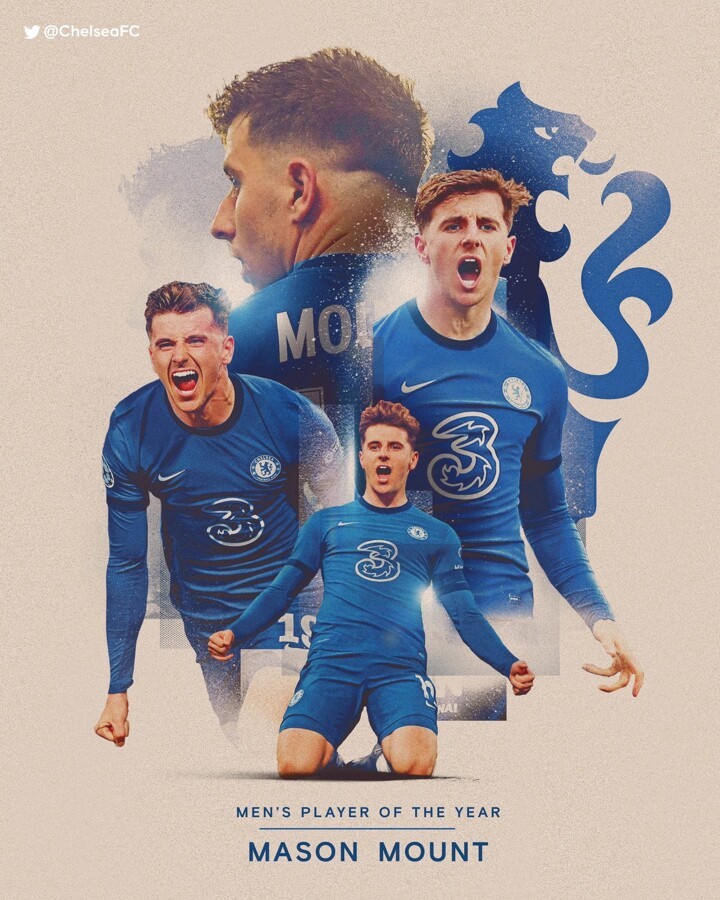 OFFICIAL: Mount wins the 2020/21 Chelsea Men's Player of the Year

He will be presented with the trophy prior to kick-off at Stamford Bridge this evening as Blues fans return to the stadium for the first time since December. Supporters were asked to pick their outstanding individual of the past nine months in an online vote and Mount was the clear victor, receiving the vast majority of votes cast.

Mount has been a key figure under both Frank Lampard and Thomas Tuchel this term, playing more matches and more minutes than any other Blues player across all competitions to date. The midfielder’s attacking output has also improved upon his maiden campaign in the senior side last term, with nine goals and seven assists putting him behind only Timo Werner in the tally of goal contributions.

Whether in a 3-4-3 or 4-3-3, operating in central midfield or as one of the attacking forwards, Mount’s energy, enthusiasm and use of the ball has been exemplary, as has his physical condition to be available for selection so often during such a gruelling season.

Chelsea Player of the Year winners：