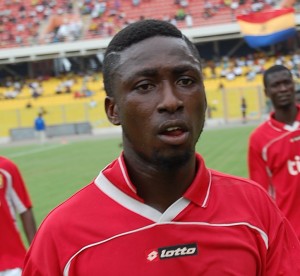 Kotoko defender Ofosu Appiah has agreed to extend his contract with the Porcupine Warriors despite initial doubts over his future at the club.

Appiah, who has two months left on his contract, fell down the pecking after accusing some management members of the club of trying to fix a league match.

The centre-back was suspended for one month and it was widely expected that he will leave the club.

He initially kicked against signing a new deal but after meeting with the club's assistant coach, Maxwell Konadu, he is ready to pen a new deal.