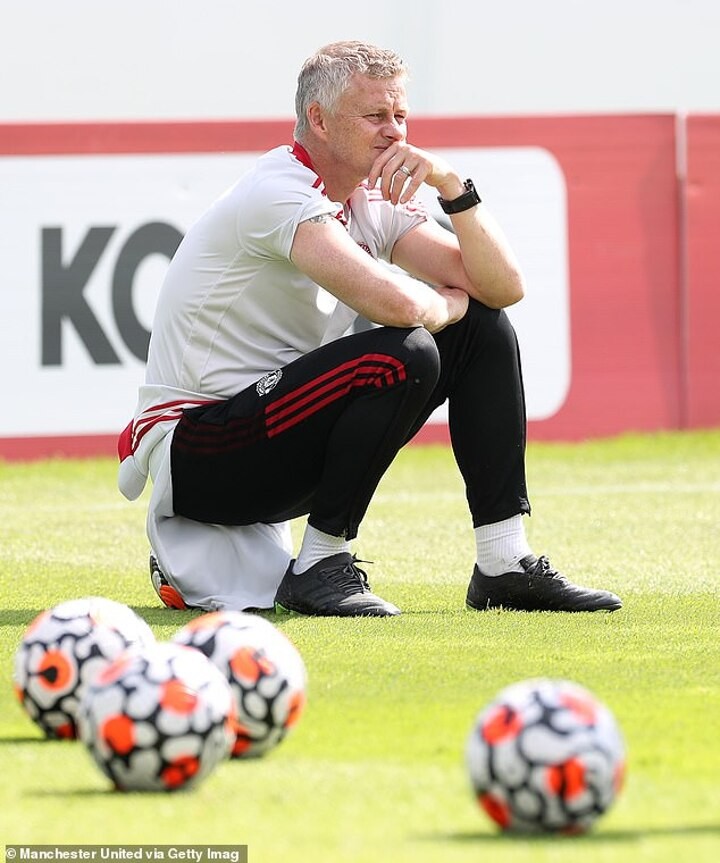 Ole Gunnar Solskjaer will hold talks with Manchester United’s players over Covid vaccinations ahead of the new season.

A number of United’s squad are yet to be jabbed, with last week’s pre-season friendly against Preston North End cancelled after an outbreak at the club.

The Premier League are following government guidance on Covid certification, announced as mandatory for big events from October.

‘Some of them are already fully vaccinated, some are not sure,’ Solskjaer said.

‘But we’re going to have a bigger session with them now because I think it’s important that everyone knows what it’s about.

‘I think Preston was a testing mistake because all nine tested positive and then the next day when we did a proper PCR test they were negative.

'If that happened the day before the first league game it would be a problem. That’s not our fault what happened but it’s cost us preparation time.’

Solskjaer also warned his players against the temptation to spend time with supporters inside Old Trafford at Saturday'’s friendly with Everton and next week’s visit of Leeds for fear of catching the virus.

‘Signing autographs for the kids, taking pictures, yeah we want to do it but we can’t,’ Solskjaer added.

‘That’s hard for us. For the Leeds game, Old Trafford will be full, fans will be outside, we want to engage with them but we can’t really because you think if I catch something here it’s a four-game ban. Literally. So it’s such a difficult one.