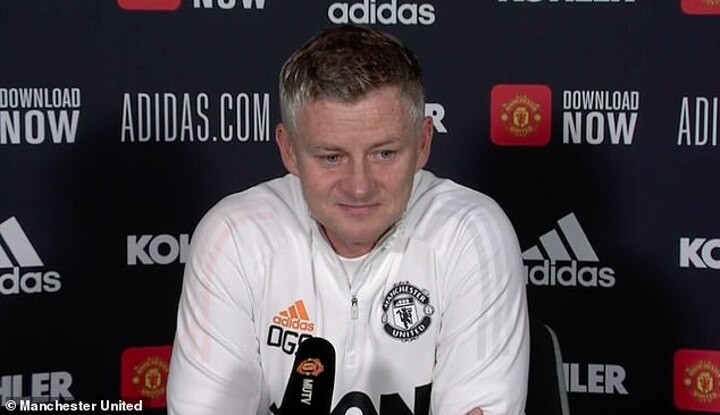 Manchester United are ready to challenge for a top-four place with manager Ole Gunnar Solskjaer convinced his team is finally finding some consistency.

United have spent the opening stages of the season in the lower half of the Premier League table after kicking off later than most clubs and then losing three of their first nine games.

However, victory at West Ham on Saturday could propel Solskjaer's side from ninth place to fourth – depending on Everton's result at Burnley earlier in the day – and he believes United are not as inconsistent as their critics suggest.

'Of course, it would be (a boost) for all sorts of reasons,' said the United manager. 'We know we've got a game less and we get that back at some point as well.

'With the pre-season being as short as it was, to move closer to the top would be a great achievement at this point. We've shown some great consistency away from home lately and hope we can continue that.'

United's home form has not been as good, but Solskjaer added: 'It depends on how many games you want to go back. Football is a game with human beings and games live their own lives.

'We've played some fantastic games. Go back 40 games and we're one of the most consistent in the Premier League.

'You're disappointed when you lose and it's fine margins at times that decide if you win or lose. The PSG game was miles better than West Brom, but you don't get three points against PSG.

'We're getting less bad performances and getting more consistent. You can never control the result in the end, that's decided by margins.'

'Last season we were the youngest team in the Premier League,' he said. 'We have been looking at ways to improve the squad, young talent or experienced ones.

'With the signings of Bruno, Donny and Alex and Edinson, the balance of the squad has been improved.

'Edinson's positioning, he's a different type of centre-forward. He can play a different way and his experience in world-football, he's come in and shown the young lads how to live their lives and make their careers last.'

United also have great expectations for teenage wingers Facundo Pellistri and Amad Diallo, with the latter set to complete his move from Atalanta in January.

'Facundo has come in, trained with the first-team and done well,' said Solskjaer. 'We felt now is time for him to get game time, and he's played a couple of games in the reserves. He's gradually settled in nicely and is more used to us.

'Amad has come on a few times for Atalanta and is a very exciting talent. Hopefully we'll get the work permit and he'll be with us in January.'