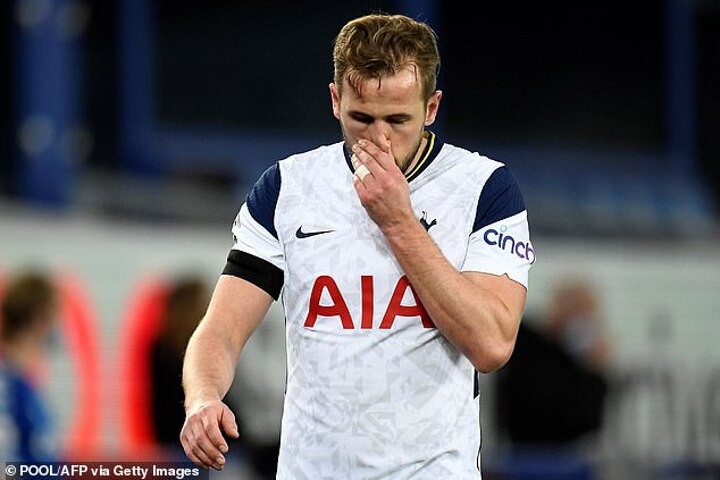 When Harry Kane was injured against Everton on Friday night, it was close to 19 years to the day since Deportivo La Coruna’s Aldo Duscher flew into a two-footed tackle with David Beckham at Old Trafford and ushered in a frenzied two-month period when it seemed all of England grew obsessed with a bone in the foot no one had heard of until Beckham broke it.

Beckham’s injury to a metatarsal in his left foot raised doubts about whether he would be fit for the 2002 World Cup in Japan and South Korea and, even if the issue was clouded by his celebrity, there was a feeling that it would be hard for Sven Goran Eriksson’s side to prosper in the Far East without Beckham in the side. Beckham made the squad but never seemed fully fit.

In 2006, it was even later in April when Wayne Rooney broke his metatarsal playing for Manchester United against Chelsea, sparking a similar race-against-time narrative in the run-up to that summer’s World Cup in Germany and providing the catalyst for a famously volcanic telephone call between Eriksson and Sir Alex Ferguson when Eriksson decided to include Rooney in the squad.

No one knows yet quite how serious the damage to Kane’s right ankle is after he appeared to land on it awkwardly in the closing minutes of the match at Goodison Park, although those adept at lip-reading suggest he mouthed ‘It’s gone’ to the Spurs medical staff in the moments before Dele Alli replaced him deep into time added on.

For the moment, the speculation about the injury centres on whether Kane will be fit for the Carabao Cup final against Manchester City next weekend, when Spurs and their new global paint partner will get the chance to try to gloss over what has been a disappointing season.

It is to be hoped that the concerns about Kane’s fitness begin and end there. But the injury concentrated the mind on the fact that we are at a time of the year when fitness setbacks for leading players can prove terminal to their hopes of making the squad for a major tournament. Sometimes, a squad that once seemed brimming with talent can take on a different complexion when it is ravaged by absences and England are already sweating over the fitness of Jack Grealish.

Kane’s injury also raises the question of just how important he is to England as Gareth Southgate marshals his players for what is effectively a home European Championship; a tournament that has the potential to be an emotional celebration of the beginnings of an emergence from the pandemic and the readmission of fans to games.

Ideas of who is a country’s best player are subjective but it is hard to imagine that anyone other than Kane would be the first name on Southgate’s team-sheet. It is obvious that he is indispensable to Spurs but the hard truth is that, despite the wealth of young talent bursting through into the ranks, England’s chances of winning the Euros would be greatly diminished without a fit Kane in the side.

He is the player England can least afford to be without. Kane is a world-class goalscorer. He is in his prime. He is a guarantor of goals in whichever side he plays. The two that he scored against Everton lifted him into seventh place on the all-time Premier League scorers chart, clear of Robbie Fowler and Jermain Defoe. And he is still only 27.

The goals, his 20th and 21st in the Premier League this season, were also a reminder of his remarkable consistency. It was the fifth time he has reached 20 league goals in a season. Only Alan Shearer and Sergio Aguero have bettered that. Kane has now been involved in 62 goals in 62 appearances during Jose Mourinho’s spell in charge.

That last figure also hints at Kane’s all-round importance to both club and country. He is far more than a goalscorer. He is not just the leading goalscorer in the league this season. He also leads the table in the number of assists. That means that, playing in a side often set up defensively by its manager, he has more assists than Bruno Fernandes, Kevin de Bruyne and Grealish.

Southgate has able deputies for Kane. Dominic Calvert-Lewin has matured into a superb striker, Raheem Sterling and Marcus Rashford both could play in a more central role, Ollie Watkins scored on his England debut last month and Danny Ings and Patrick Bamford are waiting in the wings. They are fine players but they do not have Kane’s pedigree.

Kane is the key to all that. As we wait for the bulletin from Spurs, it is worth remembering that for all the hysteria that greeted the injuries to Beckham and Rooney, Kane is more central to our chances of success at a major tournament than either of them were.