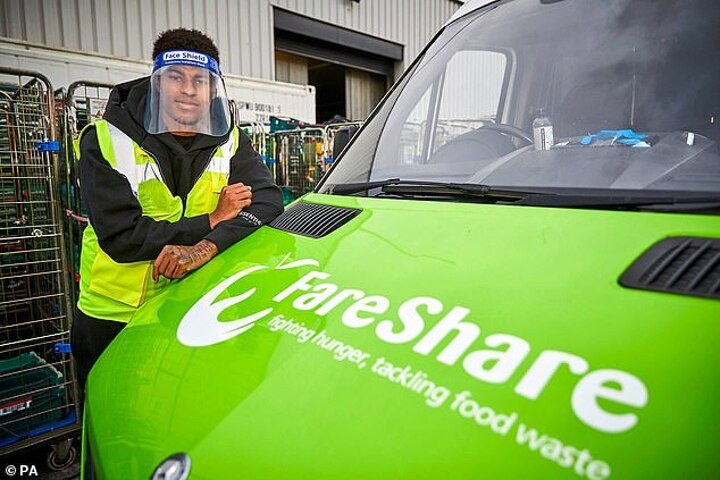 There is a scene at the end of It’s a Wonderful Life that some say is the greatest closing sequence in film history.

It is Christmas Eve and George Bailey, played by James Stewart, a man who has always fought for the welfare of ordinary people, is facing financial ruin and prison because of the imminent collapse of his Building and Loan enterprise. And then the townsfolk of Bedford Falls begin to arrive at his house.

It turns out people have been told of his plight. ‘They scattered all over town, collecting money,’ his Uncle Billy tells him. ‘They didn’t ask any questions, just said, “If George is in trouble, count me in”.’

And with that, a procession of local men and women stream in. Mr Martini and Mr Gower and Violet Bick all press money into his hand. ‘I’ve been saving this money for a divorce, if ever I get a husband,’ says another woman, proffering her cash.

There is a reason that some cinemas still show It’s a Wonderful Life every year in the week leading up to Christmas even though it was made way back in 1946. The reason is that some of its themes endure.

It is about love and hope and the importance of the simple kindnesses that people perform and the effect those kindnesses have on others and the way that they are paid forward and the sense of community they engender. This year, it felt as if the re-runs of the film started a couple of months early. Except this time, it wasn’t on celluloid.

This time, it came in an outpouring of generosity and selflessness and support on the Twitter timeline of a young Manchester United footballer who had begged the Government to extend their provision of free school meals for disadvantaged kids only for his pleas to be rebuffed by a Commons vote.

There was something incredibly moving about the offers of help for hungry schoolkids that started flooding in from all over the country, often from businesses in the catering industry which have been among the hardest hit by the pandemic and many of which are teetering on the edge of bankruptcy. They put their own hardships to one side to pledge their support.

Marcus Rashford unlocked something in people. That has been his greatest triumph so far. For the past four years, this has felt like a country riven by discord and division, by polarising politics and by racial disharmony. But suddenly, Rashford allowed us to show the best of British life and character again. Something about the authenticity of his compassion allowed us to join together, not pull each other apart. It felt like a kind of healing.

I looked at his timeline on Friday and realised I hadn’t felt such optimism and hope about the power of people coming together in this country since the London Olympics in 2012. The atmosphere in the UK then was heady and wondrous. It felt like a coming of age for modern Britain. It felt as though anything was possible. So much has regressed since and too often we have sunk into spite and enmity but this week Rashford brought the best out in us again.

The responses came from far and wide, like flaming beacons lighting up the ether. From Grandpa Greene’s in Oldham, The Avenue Deli in Reading, The Green Man pub in Eversholt, Lime Bar at Salford Quays, Hugo’s Greengrocer Deli in Bedminster and The Potting Shed in Guiseley. ‘No questions asked,’ said Palm, in Chester, ‘we’re all in this together.’

The offers came from community football clubs and district councils, from Rosie’s Kitchen in Bude, The Bread and Butter Thing in Darlington, the Loaf Cafe and Bakery in Belfast, Moo Moos Steakhouse in Ashington, Popat Mithai and Farsan in Leicester, Huffkins Cotswolds Bakery in Stow-on-the-Wold, Sista Hub in Streatham and the Carlton Hotel in Lytham St Annes.

And on and on and on. Like a vast flotilla of little ships sailing towards us over the horizon. All of them bearing the same cargo: the desire to help. There has been so much to mourn during this pandemic, so many people plunged into grief and the worry of economic difficulties, that this felt like a cause for celebration. It felt — what is the most simple way to put this? — like something good.

There were a few who took issue with Rashford. In It’s a Wonderful Life, there is an avaricious businessman, Mr Potter, who says that kindness turns ordinary people into ‘a discontented lazy rabble instead of a thrifty working class and all because a few starry-eyed dreamers stir ’em up and fill their heads with a lot of impossible ideas’.

The Conservative MP for Mansfield, Ben Bradley, played the role of Mr Potter on Friday, somehow managing to conflate paying for free meals for disadvantaged kids at a school in his constituency with funding a local brothel and crack den. That went down well with the school in question, as you can imagine. But let’s not waste too much time on that. Rashford’s message has been inclusive, not adversarial. That is part of the reason it has struck a chord.

Some years ago, the former Prime Minister, David Cameron, talked about his vision of a Big Society. It took Rashford to bring it to life. There are sportsmen and sportswomen who have had a greater social and historical significance, but I don’t remember a British sportsman unifying society over an issue quite as much as Rashford has done over free school meals for disadvantaged kids.

Great sporting figures like Jesse Owens, Muhammad Ali and Billie Jean King were sports stars who challenged ideas, protested against war and fought prejudices. Now, in Rashford, we have the first British sporting hero who has used his stage like this, to take on the political establishment in an eloquent, dignified way that has made him stand out as a statesman-advocate wise beyond his 22 years.

‘Selflessness, kindness, togetherness, this is the England I know,’ said Rashford when he saw the offers of help pouring in.

Disadvantaged families owe him a debt for the way he has fought for them and we owe him a debt, too, for reminding us that beyond our divisions and our strife, there is still beauty in our society and that when the most vulnerable among us need help, there is still a choir of voices to cry: ‘If George is in trouble, count me in.’

I was an enthusiastic proponent of VAR when it was introduced in this country but, like so many others, I have gradually grown to despair of the amateurish, shambolic way in which it has been implemented in the English game.

A good, progressive idea has been ruined by inconsistent, inaccurate, often indecipherable application. Many now want it abandoned but that is a bit like asking people to forget that the earth is round.

If we return to the status quo ante, the complaints against officials will redouble because we will be able to see their mistakes and they will have no chance to correct them.

When a goal that should be disallowed for offside is allowed to stand because the linesman missed it, do you think the fans of the wronged team will smile philosophically and say ‘Well, at least we’ve got our game back’? Me, neither.

Big teams know public would tire of money over merit...

More talk of a European Super League begs the question why the clubs who always seem to be involved in these meetings have not actually broken away yet.

Maybe it is because they know the public would quickly tire of a model that is predicated on money, not merit.

It is tempting to let them get on with it and see how long it takes for them to come slinking back.