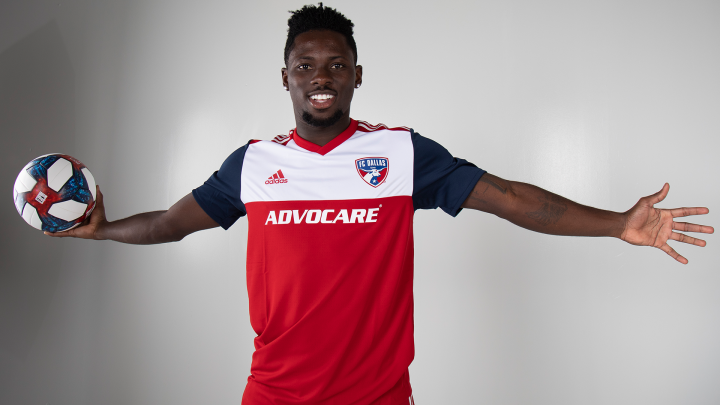 Ema Twumasi during his time at FC Dallas

Striker Ema Twumasi scored his first goal for Austin Bold FC on Sunday in their 5-1 home win over Tulsa Roughnecks in the USL Championship.

The former Right to Dream Academy player connected home a low cross from the left to give the home side an early lead on two minutes.

A goal eight minutes later by Andre Lima put the Bold up 2-0 and their final three goals all came on penalty kicks, including two by Kleber Giacomazzi.

Tulsa's lone goal came on a penalty kick as well, by Christhian Altamirano in the 43rd minute.

Twumasi is on loan from MLS side FC Dallas.

Want to know the secret of hyping up a crowd?

Score in the second minute. People seem to like that.