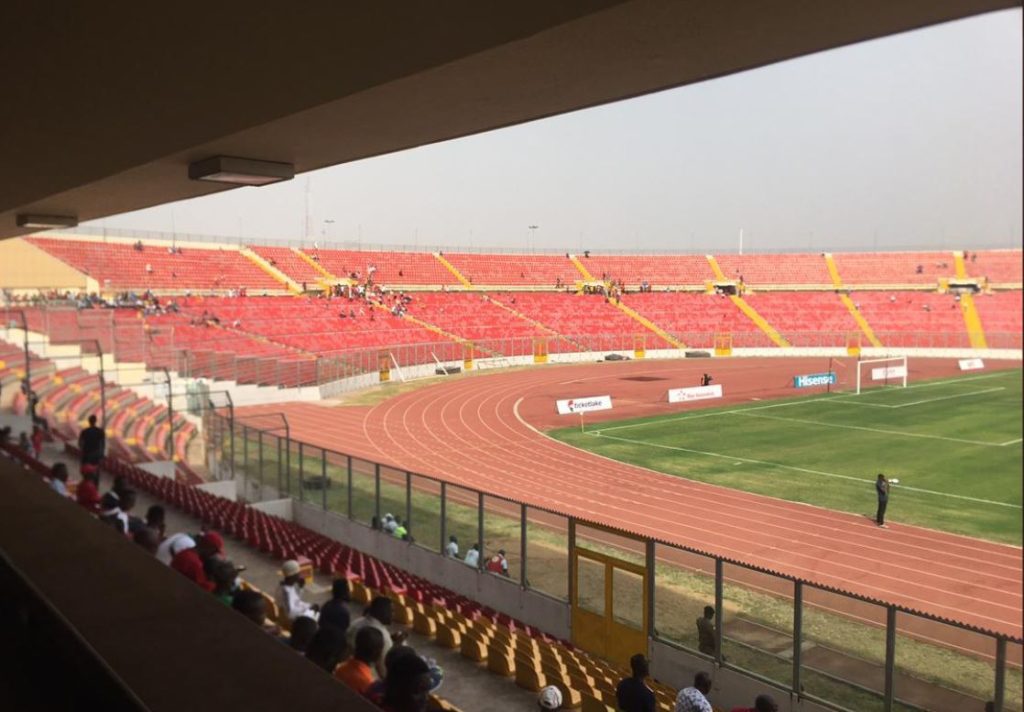 Asante Kotoko deputy Supporters chief Nana Kwame Dankwah says the leadership is planning on bringing musicians  to the stadium in a bid to attract the supporters.

The Porcupine Warriors have recorded low turnouts in their home games at the Baba Yara Sports Stadium recently.

Against Great Olympics on Sunday, over 3,000 spectators were recorded in the 40,000 capacity stadium according to reports.

"We Are planning to bring Musicians to the stadium going forward", he said in an interview on Akoma FM.

"We are planning to bring some great musicians to the stadium but that is not sustainable in the long term because most of these musicians cannot be doing it for free.

"What we have decided to do now is to enhance supporter's mobilization this year.

"We acknowledge that , mobilization has really gone down and we are going to revive it. I will appeal to the supporters to come to the stadium because players get disappointed and worried when the stadium is empty.

He added: "I just don't have the answer to the reasons why they ain't coming but, they should put the past behind and come in their numbers".