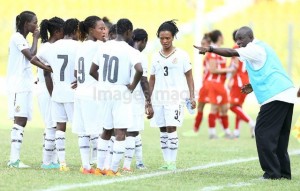 The country's sports minister Nii Lantei Vanderpuye has revealed the Ghanaian leader wants to settle the outstanding arrears owed the Black Maidens, Princesses and Queens before he bows out of office.

The female national teams are owed several thousands of cedis after participating in international tournaments.

Their plead to have their monies paid has fell on deaf ears but outgoing sports minister Nii Lantei Vanderpuye has revealed the president has ordered the monies to be settled.

Several supporters of the National Democratic Congress have blamed the tough-talking minister for causing the party's defeat in the elections.