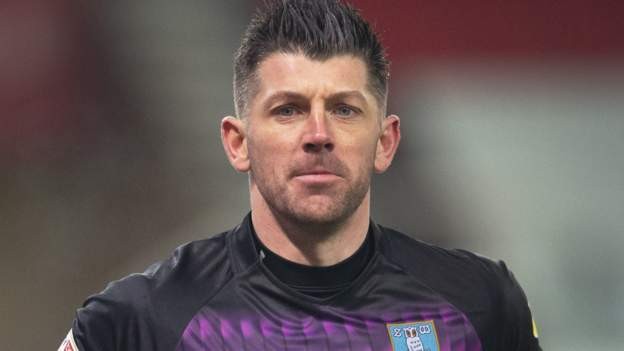 Keiren Westwood had played 12 games this season before injury

The 36-year-old had only missed one of the past 11 games for Wednesday, but had withdrawn from training on Monday this week with the injury.

He had a scan which showed the injury was worse than first feared.

"It's disappointing, hopefully it's not too bad but we'll have to see how we go with that over the next week or two."

Former Republic of Ireland international Westwood had been restored to the first team after he was frozen out at Hillsborough by former boss Garry Monk.

Tony Pulis brought him back into the fold, but the Manchester-born player has enjoyed a regular run since Thompson took temporary charge.

"I've been playing with a pain in my ribs for the past two weeks which I put down to being bruised," Westwood tweeted on Wednesday.external-link

"Football is a contact sport and unfortunately these things happen."