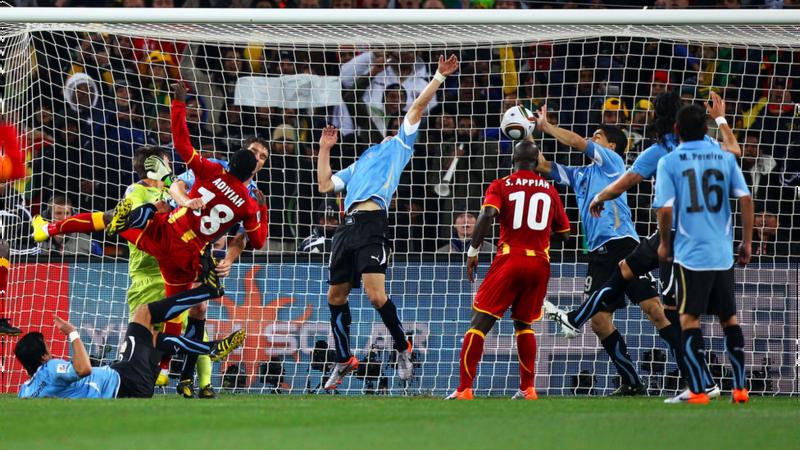 Luis Suarez said he made the 'save of the tournament'

Ghana are still in pain ten years after Uruguay cheated to deny the Black Stars a place at the semi-finals of the 2010 World Cup in South Africa.

Ghanaians are marking the tenth anniversary of the day on Thursday in somber mood - a day that could have put Ghana firmly in the African football history books for the achievement.

On 2 July 2010, the Black Stars were carrying the hopes of a whole continent on their shoulders in the first World Cup to be held on the African continent.

Ghana would have been the first African country to reach the last four of the global tournament but the handball of Luiz Suarez that prevented the West Africans from making the historic feat.

The Uruguayan striker used his hand to stop a certain goalbound shot deep into injury time in the match against Ghana in the quarter-final match.

Suarez was promptly shown the red card after the handball, Asamoah Gyan missed the resulting spot-kick but Uruguay ultimately eliminated Ghana on penalties after extra time.

Ghanaians have taken to social media to remember the day with many cursing Suarez, claiming he denied them the chance of making history.