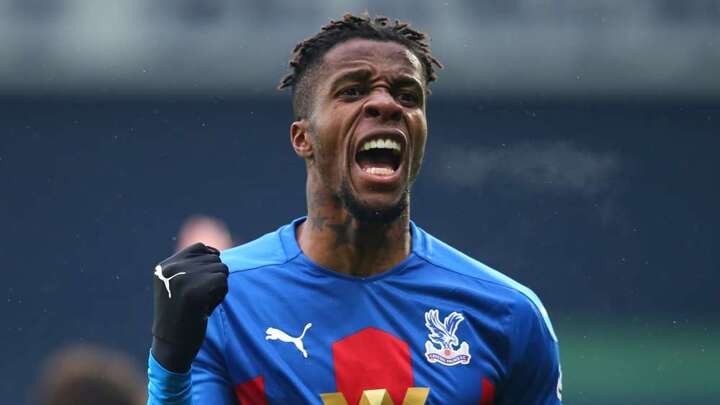 New Crystal Palace boss Patrick Vieira has declared he's determined to hold onto star winger Wilfried Zaha heading into his first season in charge of the squad, despite the Arsenal-linked player reportedly informing management earlier this summer that he wants out.

Vieira said he's "looking forward to working with him" after holding a "good conversation" with the attacker about his future.

The Gunners are just one of several Premier League sides who could register interest in Zaha in the next month, as the 28-year-old set a career-best with 11 goals in the Premier League last campaign and provides a level of creativity with the ball few others potentially on the market possess. However, rumours about the forward departing have gone quiet of late, which will boost Vieira's confidence in keeping him through the 2020-21 campaign.

"I'm aware about Wilfried [Zaha and his situation] in the last couple of years but we had a really good conversation and I'm looking forward to working with him," Vieira told Sky Sports.

"He's one of the most talented players in this league and we don't want to lose one of our best players.

"All the players are smart enough to see what the club is trying to build and where the club want to go - we've made some really exciting young player signings and I think that shows the direction the football club wants to take."

In June, the former Manchester United winger made it clear he would welcome a move from Vieira.

“I feel like I can have another shot at the top teams, because my dream is to win things," Zaha told The Face.

"I’m good enough to go out there and compete with the best.

"If the opportunity came, I wouldn’t turn it down, because I feel like I deserve it. It’s so I can show my kids, 'This is what daddy won.'"

Palace are in a period of transition following Roy Hodgson's resignation, but Vieira, a former Arsenal great himself, believes big things are ahead for his new side. In Hodgson's final year, they finished 14th in the Premier League.

As a result, losing a key forward like Zaha now would certainly hurt, particularly as the deadline draws closer, though this month could represent one of the last chances to fully cash in on his talents in the market.