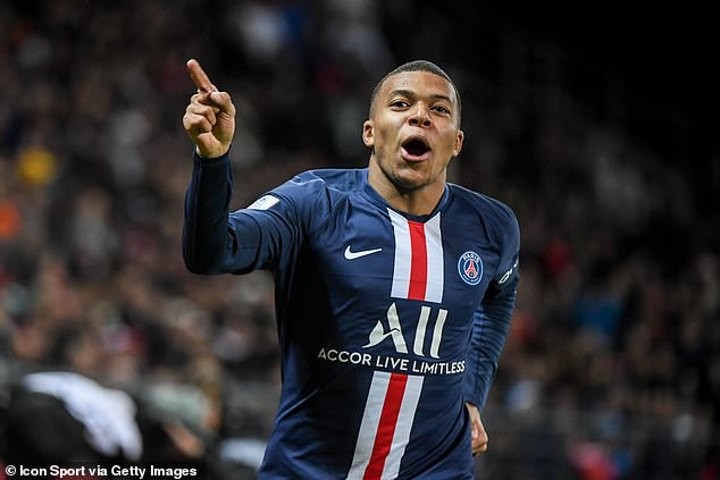 Kylian Mbappe has heaped praise on Jurgen Klopp by describing his Liverpool side as a winning machine.

The France star has been linked with moves to both Real Madrid and Liverpool, with speculation regarding his future at Paris Saint-Germain increasing.

The Ligue 1 champions are however trying to extend their star forward's £600,000-a-week contract beyond the summer of 2022, while any move for the Mbappe would undoubtedly be made more complicated by the ongoing coronavirus pandemic.

But asked about Liverpool's remarkable Premier League campaign - which sees them sit top of the table, 25 points above Manchester City and with just one defeat to their name - Mbappe paid tribute to the German boss for his side's ruthlessness.

The 21-year-old World Cup winner told The Daily Mirror: 'This season, Liverpool have been a machine in the Premier League.

'They have made winning look easy but the truth is that it is never easy.

'Performances like they have been having don't just happen.

'To be as ruthless as they have been would come from lots of hard work in training and from having a very good manager.'

Mbappe's comments come despite reports that he has pushed all thoughts of a move away from France to the side this summer.

Reports in France claimed that Mbappe was left 'very flattered' after Jurgen Klopp reached out to his father, Wilfried, to discuss a possible transfer.

Last November, Klopp said he could 'not see any club at the moment who can buy Kylian Mbappe from PSG.'

The German added in that interview: 'From a sporting point of view, there are not a lot of reasons not to sign him … what a player he is!'