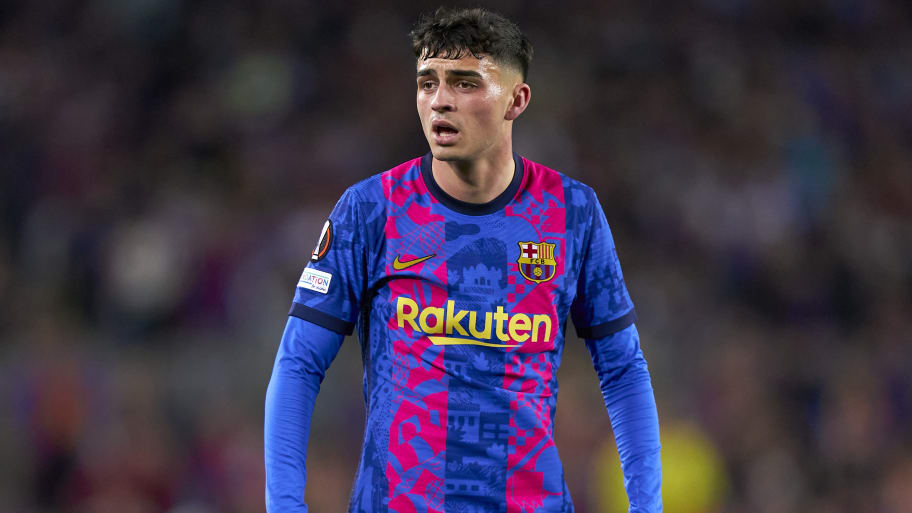 Pedri has confessed that Barcelona's desire to play beautiful football fits in perfectly with how he wants to play.

Still only 19 years old, Pedri has already emerged as a key player for club and country, with Barcelona boss Xavi even forced to deny that he was suffering from Pedridependencia - a play on a term which used to revolve around the team's reliance on Lionel Messi.

Speaking to The Guardian, Pedri admitted that the freedom afforded to Barcelona's midfielders has helped him reach the level he is at today.

"I would try to play my game wherever I was, but it’s true that I would suffer more elsewhere,” Pedri said when asked if Barcelona are his perfect club.

“Some clubs are satisfied with winning, however they do it. Barcelona wants to win but to do it playing the ball, creating chances, with this idea. I like this football more.

“Xavi has a very clear idea, model: he is very clear about what each of us have to do: the inside midfielders have to be between the lines, the ball moved from one side to the other. The things he did when he played – and it was spectacular watching him – he tries to inculcate in us.

"The interiores have to hold our position. If you get out of position, then when you lose the ball you can’t press the way you need to: you won’t get there. He also wants the interiores to turn, face the opposition goal.”

Pedri also discussed what sets him apart from the majority of midfielders his age.

“It’s having confidence in yourself,” he continued. “You don’t have time to think but it’s trusting your ability, and you can tell when you don’t have that.

"It’s brave, too, to be physically strong, to take those risks; that’s not easy either. But it’s a different type of bravery. In the middle of the pitch, when the game’s at its worst, you have to have the confidence to ask for the ball and the trust to keep it.

“Recently, I think there’s been a turn towards the player who runs more than the player who is technical, who understands the game. Football is becoming more robotic but there are still those who break that rule. I still play to enjoy myself. I always do and that’s the best thing a footballer can do. If you’re enjoying it, you’re going to play much better.”

This article was originally published on 90min as Pedri explains why Barcelona are his perfect club.