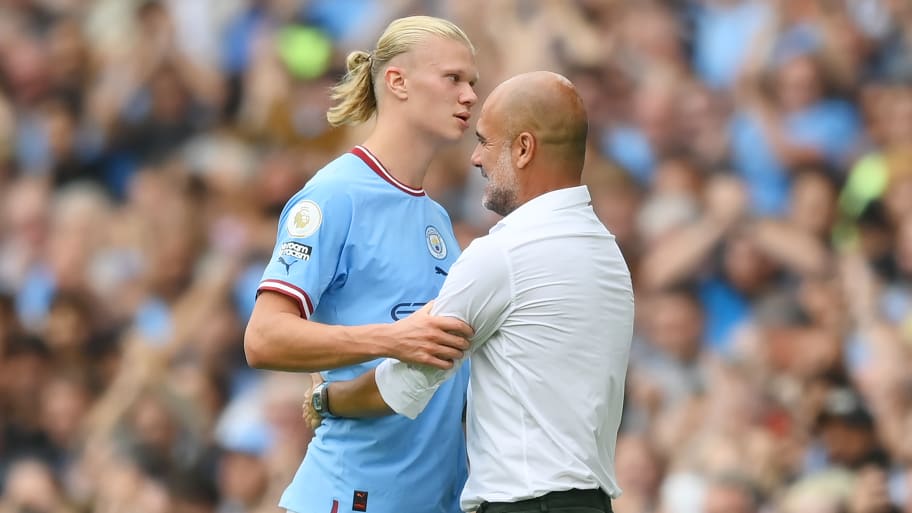 Pep Guardiola says Erling Haaland is not yet on Lionel Messi's level as he relies more on his teammates than the Argentina legend.

Haaland has ripped up all sorts of records since signing for Manchester City from Borussia Dortmund in the summer, recently netting his third consecutive home league hat trick in the 6-3 thumping of Manchester United on Sunday.

He already has 17 goals in all competitions this season and is threatening to put up the kind of numbers Messi did during his prime at Barcelona.

However, when asked about the two players, Guardiola revealed the difference that sets them apart right now.

After the derby victory, Guardiola said: "The difference is, maybe that Erling needs all his mates to do it. It is unbelievable. [But] Messi had the ability himself to do it."

Haaland currently has players like Kevin De Bruyne, Bernardo Silva, Phil Foden and Ilkay Gundogan among many others to supply him with chances.

While Messi did drag some below-average Barça teams to glory during the later years of his stay at Camp Nou, he still played with legendary midfielders Xavi and Andres Iniesta who would set attacks in motion.

Alongside his three goals against United, Haaland also set up one of Phil Foden's strikes - the England international also netted a treble as City again closed the gap on Premier League leaders Arsenal to one point.

This article was originally published on 90min as Pep Guardiola reveals the key difference between Erling Haaland & Lionel Messi.