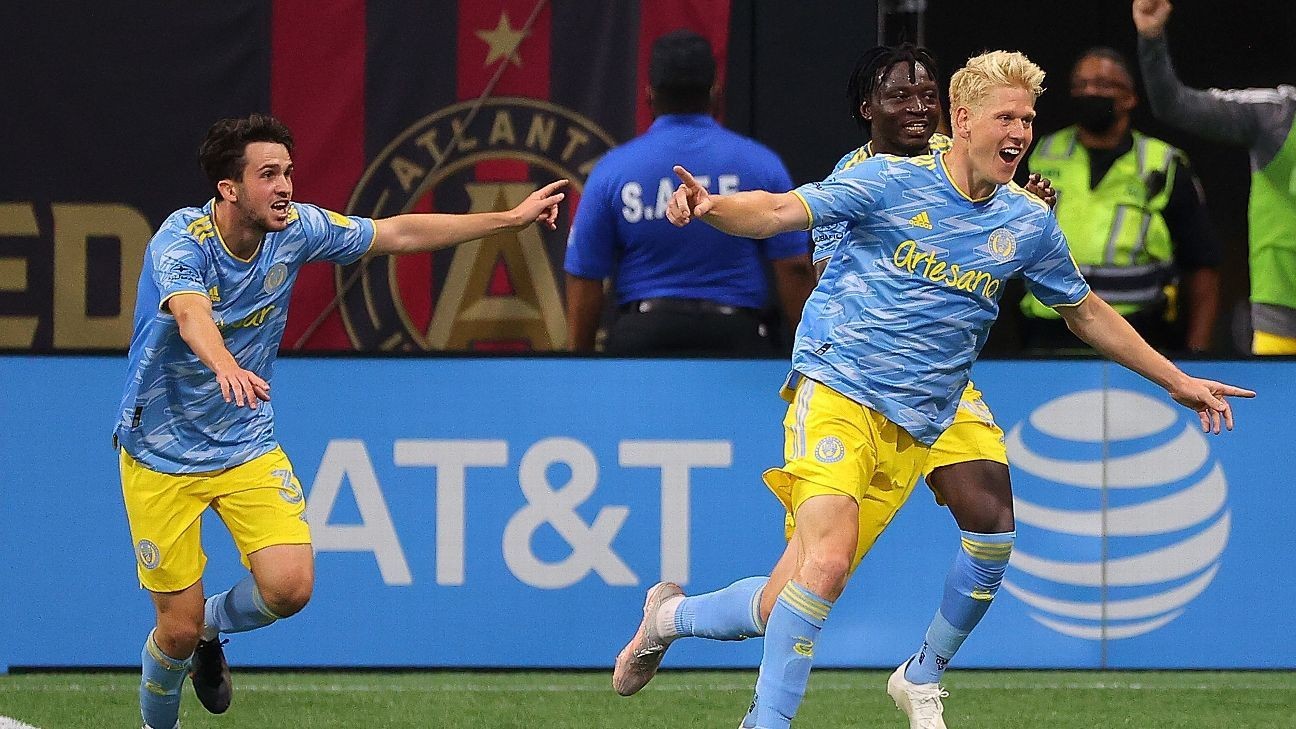 Jakob Glesnes scored on a sensational 35-yard strike in second-half stoppage time, as the Philadelphia Union rallied from a two-goal deficit to record a 2-2 draw at Atlanta United FC on Sunday afternoon.

Cory Burke also scored in the 84th minute for Philadelphia (4-2-3, 15 points), only one minute after Anton Walkes gave Atlanta a two-goal lead in an explosive end to what had been a cagey match for the first hour.

The result moved the Union into a tie on points with Orlando for second in the Eastern Conference.

It also sealed the second time in as many matches Atlanta (2-1-5, 11 points) had settled for a draw after leading by two goals entering the 80th minute.

Atlanta sits in a four-way tie for seventh in the East.

Atlanta is also unbeaten in its last five, but four of those are draws. Before that run, it also dropped a two-leg CONCACAF Champions League quarterfinal series to Philadelphia earlier this spring.

Kacper Przybylko's accidental own-goal off Brooks Lennon's corner kick put Atlanta in front in the 58th minute. Walkes doubled the lead 25 minutes later on another service from Lennon, this time after he played a corner kick short with Ezequiel Barco.

Burke responded with his third goal of the season only moments later when he followed Jamiro Monteiro's dipping shot. Goalkeeper Brad Guzan could not prevent a rebound, and Burke reached it and drove it over the line despite Guzan's flailing save attempt.

Then in the 93rd minute, Glesnes took a pass just on the attacking side of midfield, dribbled forward and unleashed a ferocious strike that rattled the underside of the crossbar and bounced down a foot across Guzan's goal line.

It was the center back's second goal of the season, and reminiscent of a free kick strike he scored early last season at LAFC.