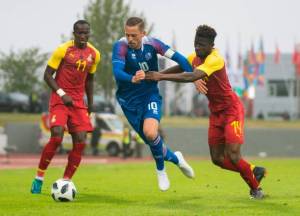 The Black Stars romped back from the jaws of defeat as they held 2018 FIFA World Cup bound Iceland to a 2-2 draw in an international friendly match at the Laugardalsvöllur Stadium on Thursday evening.

Ghana defeated Japan 2-0 last week in an international friendly and they will take on the Europeans who are also preparing for the 2018 FIFA World Cup in Russia on Thursday.

The four-time Africa champions went into the match on the back of a 2-0 victory against World Cup bound Japan in a friendly game at the Nissan Stadium last week.

The new-look Black Stars were hoping to continue from where they left off against the Blue Samurai last week.

However, they were dealt an early blow as Aberdeen midfielder Kari Arnason handed the host a 6th minute lead against the round of play.

Black Stars came strongly in the game as they tried to restore parity but failed to penetrate the steady defense of the Strákarnir okkar.

Despite Ghana's improved performance, Iceland doubled their lead on the stroke of half time courtesy Augsburg forward Alfred Finnbogason.

But the Back Stars greatly improved in the second department of the match as they attacked the hosts with pace and purpose until Young Boys defender Kassim Nuhu halved the deficit in the 61st minute after pouncing on a loose ball in the penalty box.

The West Africa powerhouse surged forward in the closing stages as they tried to get the winner but the hosts curtailed their pressure as the game ended in a 2-2 stalemate.

See some action pictures below: 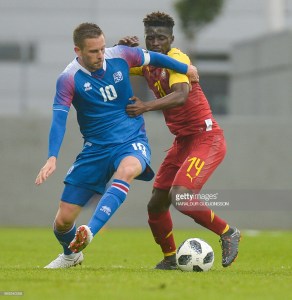 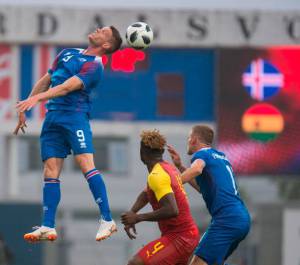 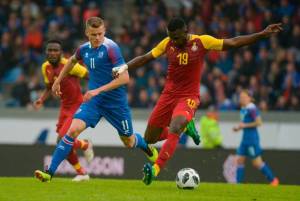 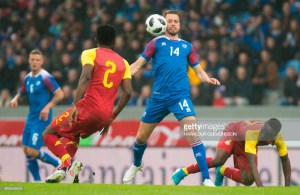 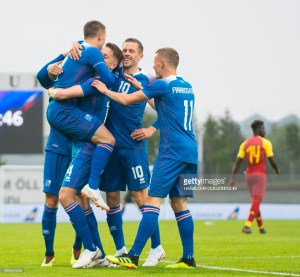 Ghana's next competitive game will come off in September, 2018, so the two friendlies are preparatory grounds for Kwesi Appiah's charges against Kenya in the 2019 Africa Nations Cup qualifiers.