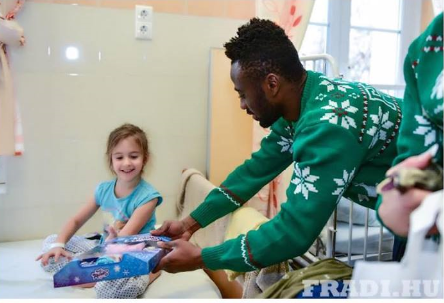 Ghanaian defender Abraham Frimpong and his Ferencvaros teammates have donated items to a children hospital in Budapest, Hungary.

The 25-year-old walked to the hospital with his colleagues as they put smiles on the faces of the children with the donations ahead of the Christmas festivities.

The items donated include kids clothing, foodstuffs, playing items, as well as an unspecified amount of money, were handed to the children at the hospital.

Since joining Ferencvarosi from Serbian giants Red Star Belgrad, he has been a mainstay at the back for the Green Eagles in the Hungarian elite division.

He played in Italy with Vicenza Calcio youth team in the season 2010–11. In summer 2011, he was on trials at Serbian champions FK Partizan however after staying for a month in the club, in early August he left and joined another Serbian top-tier club, FK Vojvodina.

In Vojvodina, he didn't get a chance to debut in the league, and during the following winter break he moved to FK Napredak Kruševac, playing back then in the Serbian First League but with ambitions of returning to the SuperLiga.

This would be achieved at the end of the 2012–13 season when Napredak finished top, and thus won promotion to the 2013–14 Serbian SuperLiga.

After five years playing with Napredak, Frimpong signed with Red Star Belgrade on 13 January 2017. Frimpong scored his first goal in his professional career in 3–1 victory over OFK Bačka on 13 August 2017. On 16 June 2018, Frimpong moved to the Hungarian side Ferencváros.

Check the pictures below: 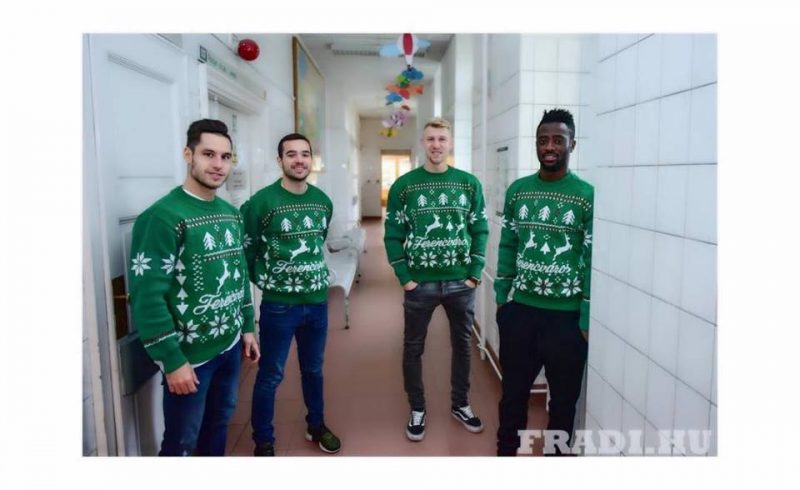