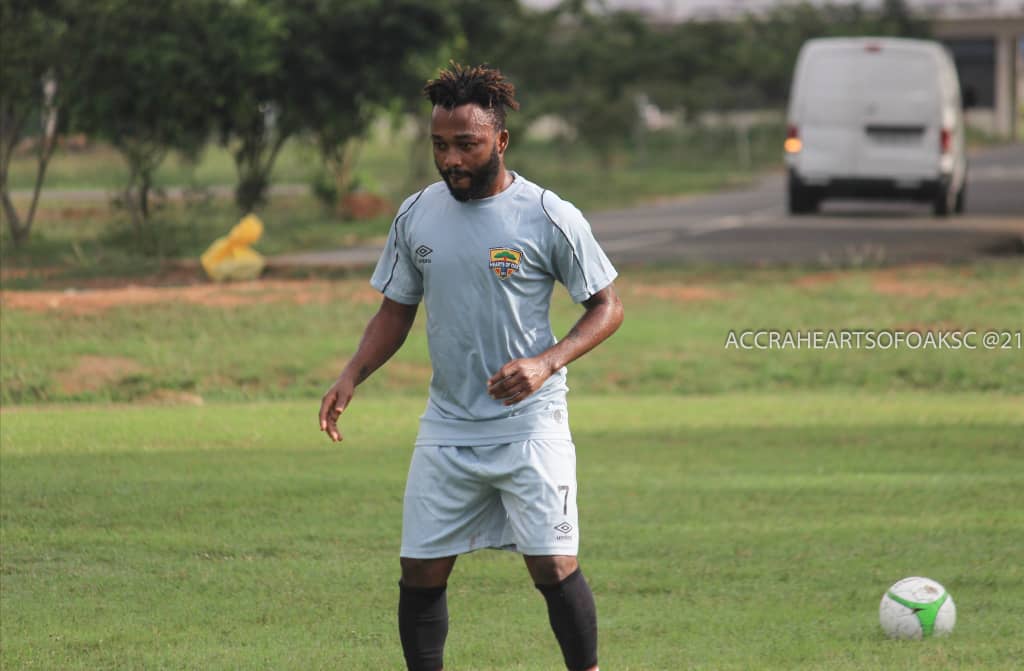 The former TP Mezembe midfielder joined the Phobians in the transfer window after leaving Great Olympics.

Gladson Awako has started preparations with the Ghanaian champions ahead of the CAF Champions League preliminary stage game against C.I Kamsar of Guinea.

Awako reported for his first training on Thursday, three days after the club officially announced his signing.

The Phobians did not reveal details of the transfer in their announcement.

However, Ghanasoccernet understands it is a two-year deal with Hearts compensating Great Olympics with $15,000.

The amount paid to Olympics was necessary because Awako's contract was due to expire in October and Hearts needed to register him for CAF Champions League before the August 16 deadline.

Awako helped Great Olympics finish in a respectable sixth position in the 2020/21 season.

He scored seven goals and assisted six.  Also, he was awarded man of the match four times plus two player of the month awards. 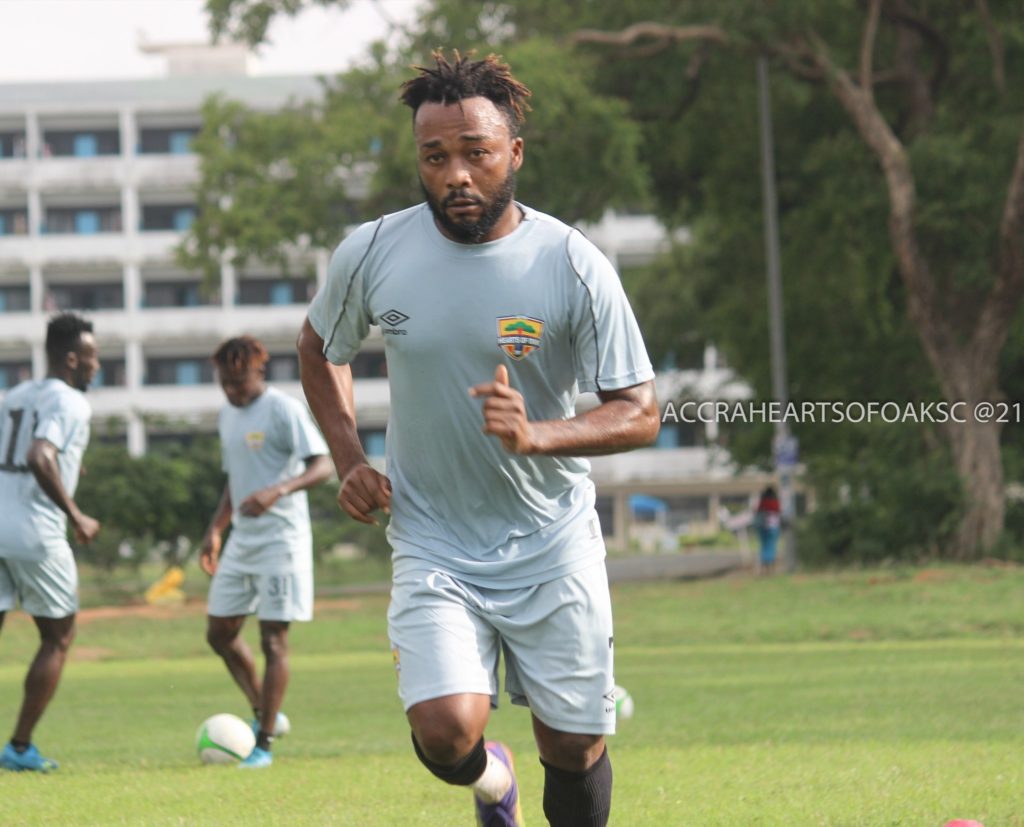 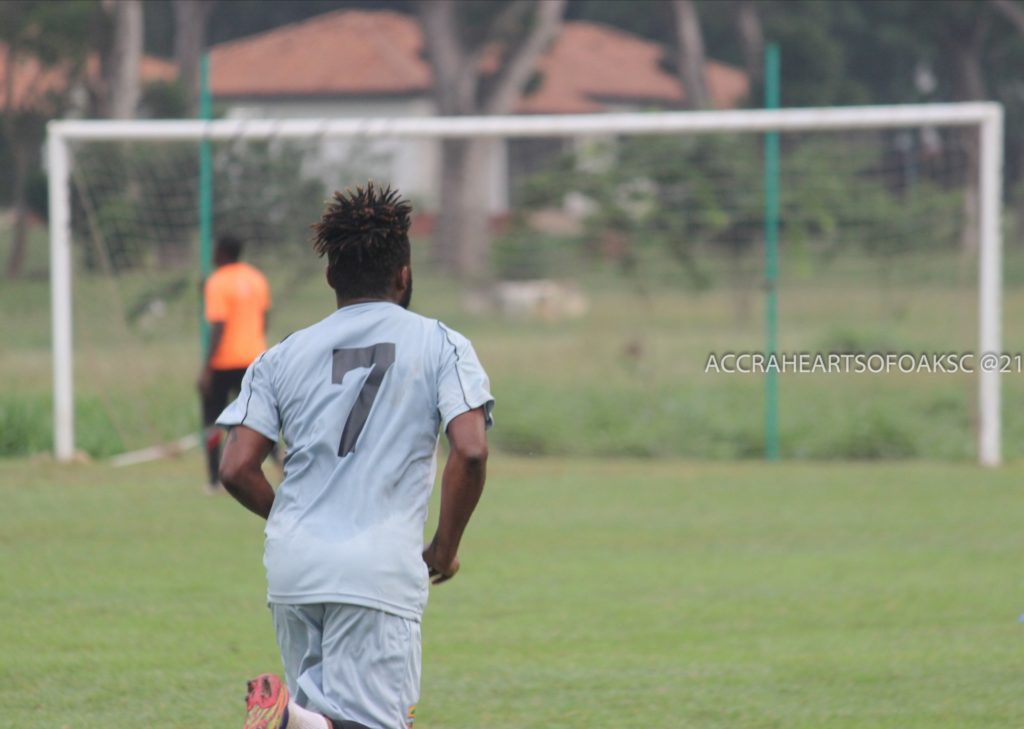 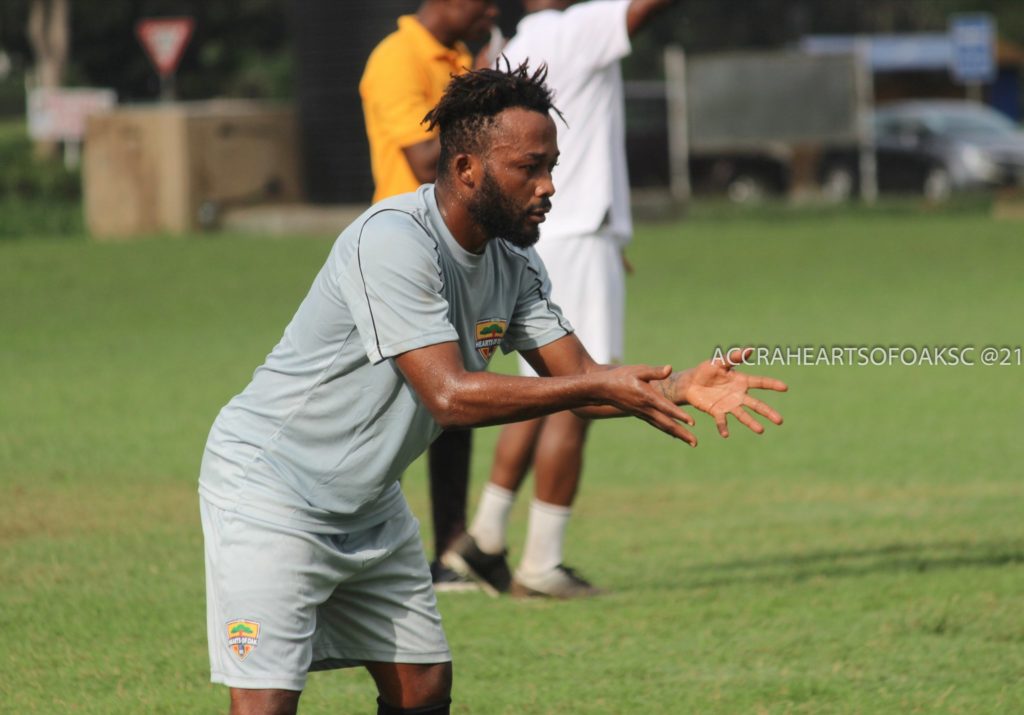 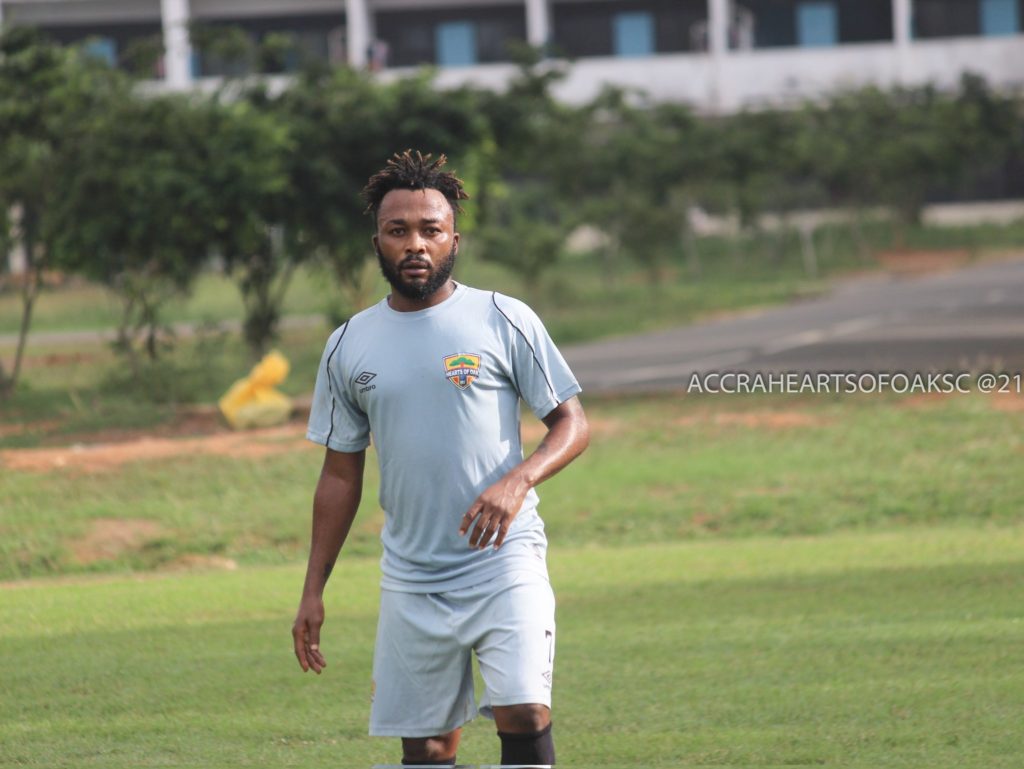