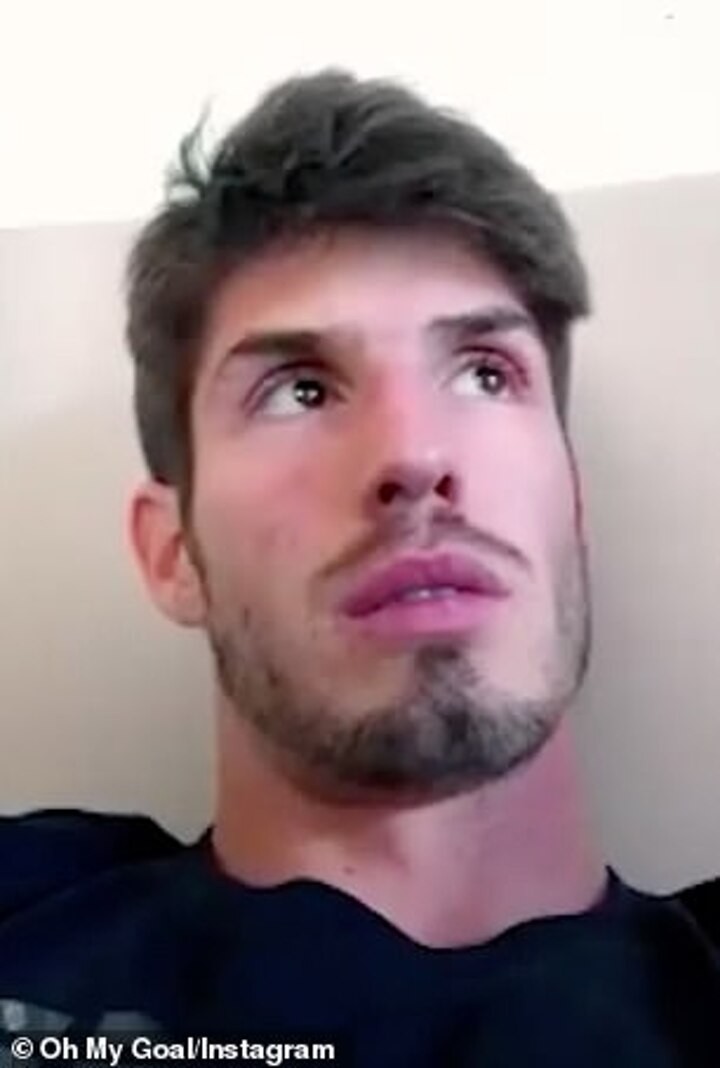 Lucas Piazon has hit out at Chelsea for leaving him in the dark over the years when it came to his future and insists that he was never given the chance to shine at Stamford Bridge.

The Brazilian has opened up on the struggles he endured as a Blues player and how the club's loan policy never really benefitted him since he joined in 2012.

Now, just a week after leaving to join Braga until the end of the season, Piazon reveals that life in west London started brightly before the constant managerial changes quickly turned life at the Bridge into a nightmare.

'When I turned 18, I was on the bench for the first time under Villas-Boas, and then the season finished. And then it wasn't him anymore it was Di Matteo,' Piazon told Oh My Goal.

'Di Matteo then kept me in the first team and I was with them every day. I played two games in September, then I played just another game in December. And then it wasn't Di Matteo anymore but Rafael Benitez.

'Then I went on loan and when I came back, Benitez wasn't there anymore. It was already Jose [Mourinho] there, I think. Jose was there so it wasn't very easy to get a chance.'

After going out on loan to Malaga in 2013, Piazon returned to Chelsea and things became even more complicated for the Brazilian.

'To be honest, we would come back and we would go to pre-season with the new coach and the new players were coming in from the summer and they were always like, "if you do well the coach might keep you". But deep down inside we knew that we didn't have a chance because they were paying big money for the players and the club would definitely use them.

'We knew that we would be there for three, four or five weeks and they would then try to send us out on loan again.'

In total, Piazon was sent out on loan a staggering seven times during his nine-year stint with the Blues and was technically their longest-serving player before walking away from the club last week.

He made just three senior appearances for the Blues.

'In the beginning I felt like Chelsea really wanted me and really wanted me to do well and come back,' he adds. 'But after the third or fourth loan, I knew it was just maybe business. [It was] like "you go into the world and someone will buy you and you will be happy about – you're not going to play here anymore".'

While the winger would travel the world and experience different leagues, his value would never really increase, leaving him in limbo when the transfer market reopened.

'Maybe if I stayed in Germany I would've done a better job because it was a big change you know. It's always a big change and it takes time you know. You have to be patient but when you're on loan there is no patience.

'The pressure on you to perform is huge because you are from Chelsea.'

While going out on loan had it's own struggles, Piazon grew frustrated at the Blues after they failed to tell him where his future lied.

'(At Fulham) I was sure that I was going to stay there. I had two great seasons there and I loved the club. I loved the group – we had two amazing years together and in my mind, I was definitely going to go there.'

Having helped Fulham gain promotion to the Premier League while playing a crucial role in the club's success, Piazon wasn't given the opportunity to play for the Cottagers permanently while not being told a reason for it.

'I still don't know,' Piazon said when asked about a permanent move to Fulham. 'We had another player from Chelsea there called Thomas Kalas. He also didn't stay. Until now we still don't know if the offer that Fulham made Chelsea was enough or if Fulham even made an offer for us.

'That was tough because I spent two years there and I had a great connection with the club, with the fans and not being able to stay there in the Premier League was frustrating.'

While Piazon concedes that the constant moving around was 'tough', he says he has no regrets over his career.

'It was tough to be honest but I don't regret it,' he added. 'I don't regret going to Spain at that age, going to Holland, going to Germany. It was good experience and I played in the top leagues. I enjoyed it.

'Of course it would be better to be in one place.'

Piazon sealed a move to Braga last week and is now looking to the future, with his Chelsea deal ending in the summer.

'My deal with Chelsea ends in the summer so I'll be a free agent,' he says. 'But I'll guess I'll just stay in Portugal. That's the idea. I want to stay here and find a club. Even if it's not Rio Ave, which is a club I really enjoyed and thankful for, I would like to stay here.'