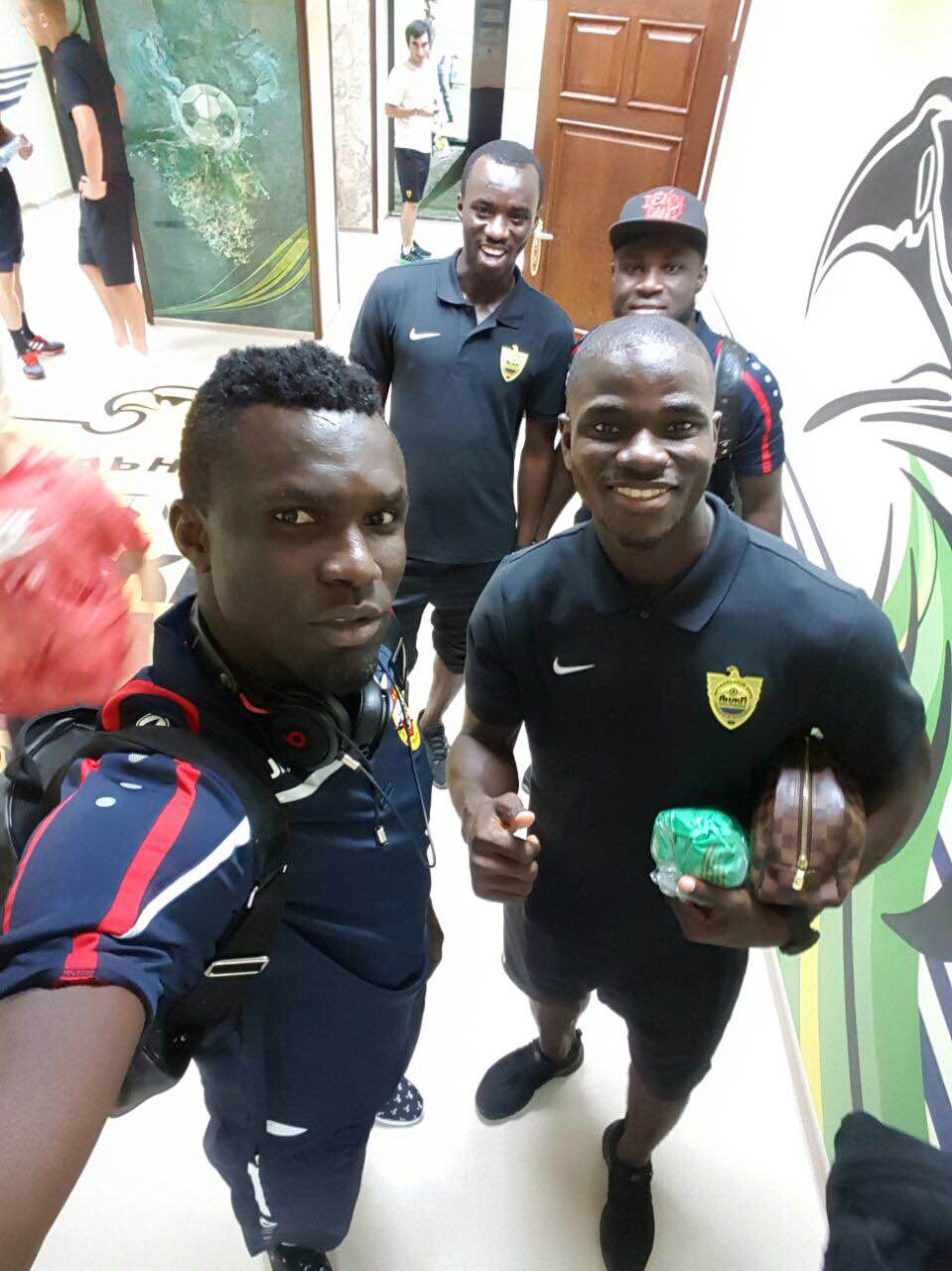 Four of the Ghanaian players based in Russia met for the first time with Jonathan Mensah and newly signed Anzhi Makhachkala defensive midfield shield Rabiu Mohammed all captured.

Former Arsenal midfielder Emmanuel Frimpong who recently signed for Arsenal Tula in Russia alongside his new team mate Awal Mohammed invited Jonathan and Rabiu Mohammed over to their new environment.

Rabiu who has been out with an injury looked very healthy and delighted to have met his mates while Jonathan Mensah who will be enjoying his first full season in Russia stood behind Awal Mohammed who has moved to Europe for the first time in his career.