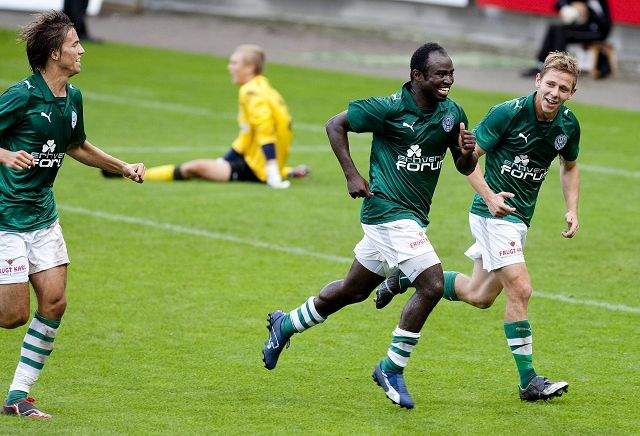 Former Ghana striker Razak Pimpong scored all two goals for Viborg who cruised to a 2-0 victory over NÃ¦stved in the Danish second-tier on Sunday.

The 29-year-old former FC Copenhagen striker put Viborg ahead on the 41st minute mark before doubling the scoring first half added time.

The win has helped Viborg to move to third on the table and are six points behind Randers.

Pimpong has taken his seasonâ€™s tally to five.