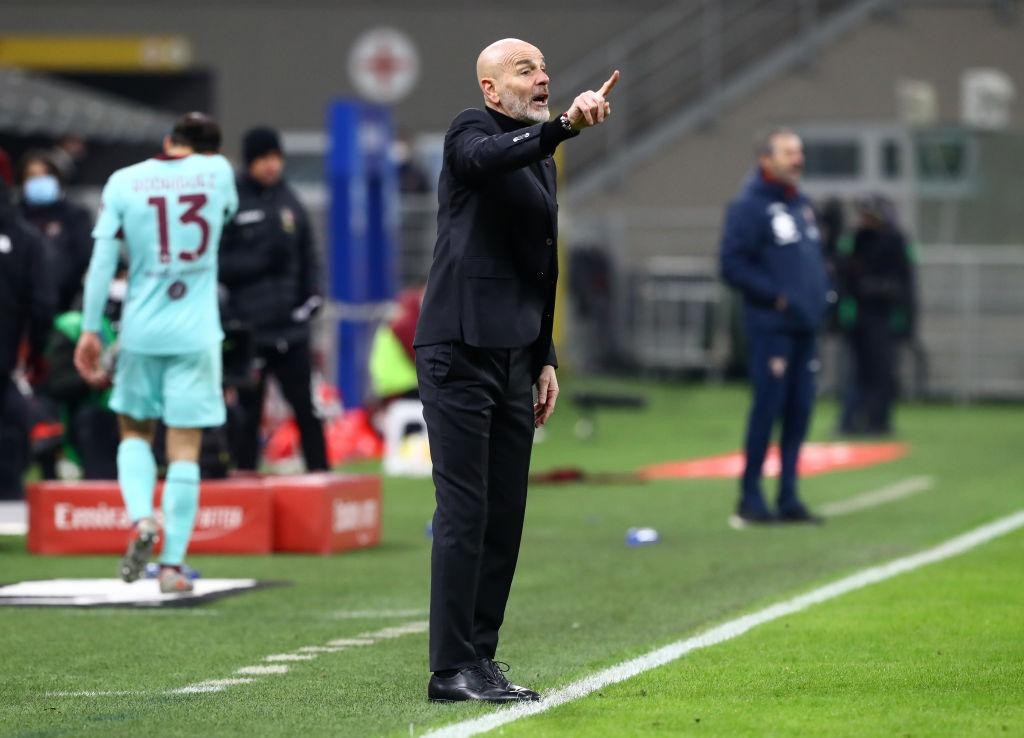 The first half of the season comes to a close with a high-quality fixture, as the Rossoneri could see themselves top after 19 matchdays for the first time since 2010. AC Milan host Atalanta at San Siro on Saturday at 18:00 CET. To kick off the build-up to the Serie A matchday 19 clash, Stefano Pioli has spoken to the press.

ATALANTA
"It's really important that we are aware of our own quality and way of conducting ourselves on the pitch, and therefore approaching each game with conviction. We need to respect our opponents tomorrow; they're a really strong side and you can only give them praise - they just missed out on reaching a Champions League semi-final. We will need to play out own game and try to win. The fact that Atalanta haven't won in their last two games shows how difficult this league is. They will certainly play with all of their quality and we need to do the same. These are two teams that are high up in the table and will also be a physical battle."

ONE GAME AT A TIME
"We're only thinking about tomorrow's game. When that is over, we'll shift our focus to Tuesday but, before then, we don't want to change our mentality. It will be a tough game but we have the quality to do well. In general, we're focusing on ourselves and we need to continue to consolidate and improve on what we are doing. There are a few things we need to look at from our perfomances. We had one of our best games in Cagliari; if we can replicate that technical intensity, we'll do better and better. There are seven teams in contention for Champions League football; many of them could win the Scudetto as much as they could finish outside the top four."

PENALTIES AND POSTS
"We play attacking football and often get into the opposition penalty box; that's why we have had so many penalties but that's also why we've hit the post so much. I have a lot of respect for our referees, who are among the best in the world. We can only think about our games and our results. We're only focusing on that; other discussions on this topic don't concern me."

INDIVIDUALS
"Calabria deserves a lot of praise for his own growth; last year, he never stopped believing in his own ability and, this year, he has earned my trust with his performances in games and training. He's a really intelligent player, rarely makes mistakes and reads the game well. You can't be dissatisfied with his performances and attitude. Díaz? His position is between the lines and he's a great dribbler. He can also come inside from the flanks but his best position is more central. Leão? He's thinking more about scoring and being more precise with his finishing. He has the quality to beat his man and to be decisive tomorrow. His growth has also come from his ability to play the full 90. Tomorrow's game will be a physical one and we'll need to run hard and be prepared to win duels."

RETURING PLAYERS
"I'm really satisfied that Hernández is back and only missed one week of training. Dalot was a perfect replacement in Cagliari, but Theo has certain characteristics that can be really important for us tomorrow. I've seen a lot of happiness in Rebić and Krunić; they can't wait to get back to it and I think they'll be fully fit soon."

THE NEW ARRIVALS
"Mandžukić has started well. He's got a really modern, European attitude and has already played in Italy. No problem, there's been a lot of positivity and determination in his arrival. He's come here in good shape; he might not have played in a while but he's hungry and determined; he's ready for a call-up tomorrow. He's also come in to play alongside Zlatan; I'm open to whatever solution for valid alternatives so that opponents find it harder to predict what we're going to do. Tomori has a lot of aggression and speed; my staff and I think highly of him. We'll need to get to know each other a bit better and he will also need to time to adjust to our way of playing."

ALTERNATIVES UP TOP
"I spoke to Mario about his position on the pitch and I couldn't have expected a better response from him: playing where the team needs him. In 18 games, we have only had Ibrahimović, Rebic and Leão all fit on two or three occasions; the arrival of Mandžukić gives us extra possibilites to rotate. These are judgements that will be made game by game."

THE TRANSFER WINDOW AND EXPECTATIONS
"I feel as though I have to thank the owners and board, who have been prepared to make this group even stronger, showing that they believe in this project. Our objectives haven't changed: win each game, be ambitious and finish in the top four."