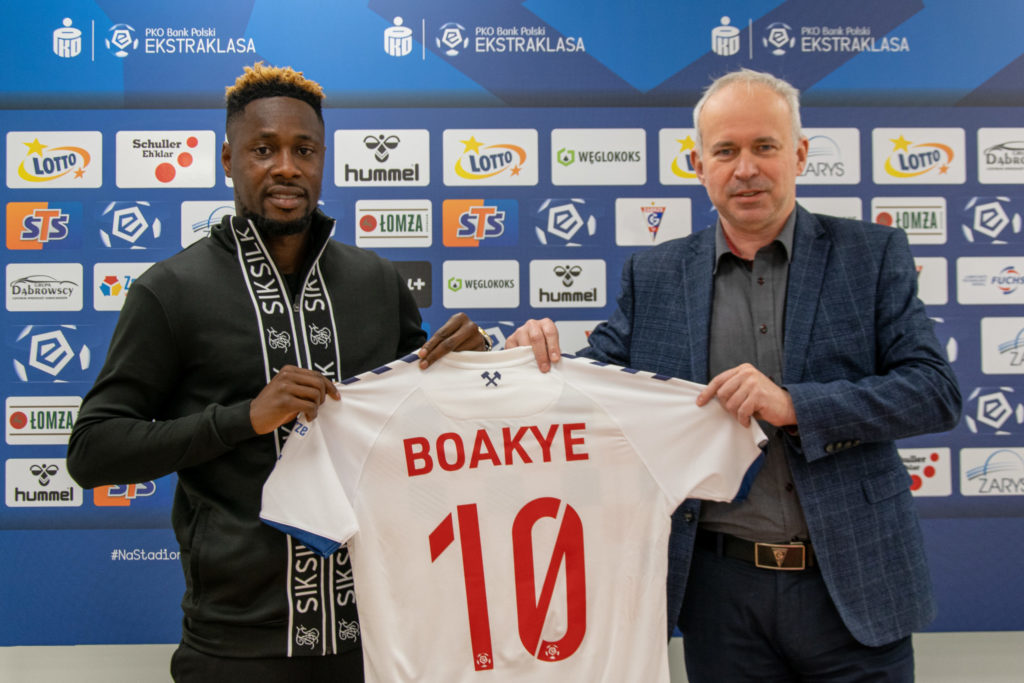 Polish side Gornik Zabrze SA have completed the signing of Ghana striker Richmond Boakye Yiadom on a short-term contract, GHANAsoccernet.com can confirm.

Boakye is joining until the end of the 2020/2021 season on a free transfer with an option to extend.

The 28-year-old left Serbian giants Red Star Belgrade on 22 December 2020 after his contract run out.

The Black Stars forward completed his switch on Tuesday after passing medicals and putting pen to paper.

Boakye scored 60 goals in 104 matches for Red Star before leaving the club.

The former Ghana U20 star has previously played in the Italian Serie A for Atalanta BC, Genoa, Sassuolo and Juventus Turin.

He has also spent loan spells at Latina Calcio, Spanish side Elche CF and Roda JC in the Netherlands.

Boakye moved to Chinese side Jiangsu Sunning in 2018.