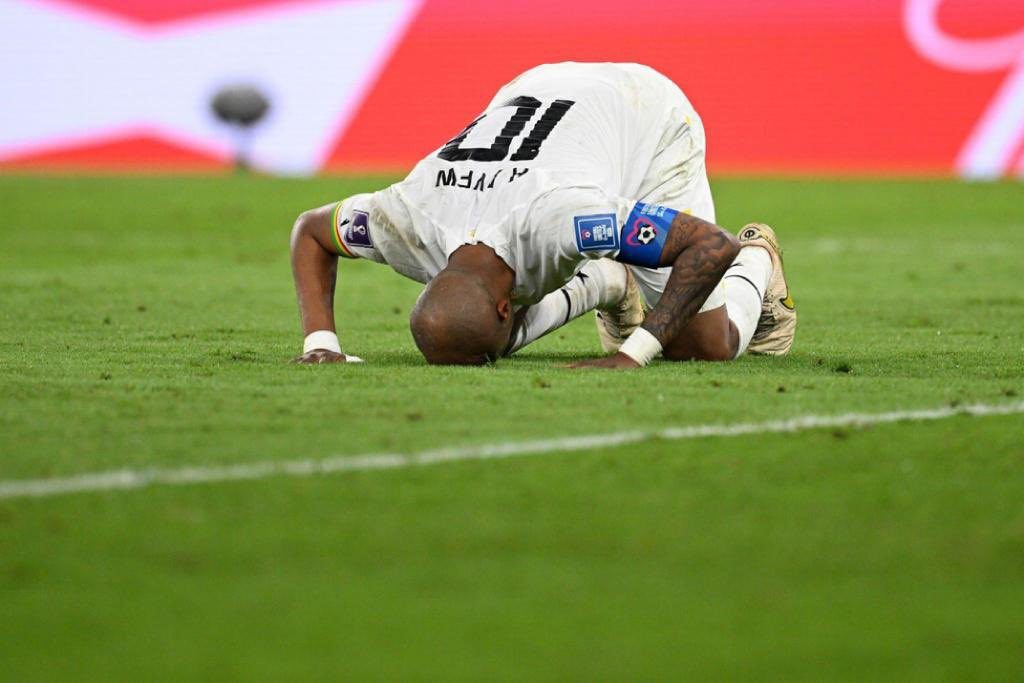 Black Stars suffered defeat in their first game at the ongoing 2022 World Cup in Qatar on Thursday.

Ghana lost 3-2 after Portugal were awarded a controversial penalty in the second half, which produced all five goals.

Below is player ratings for the Black Stars over 10.

Lawrence Ati Zigi: In his first real test since assuming the role as Ghana's number one, he conceded three goals. - 4

Baba Rahman: The left-back blew hot and cold. He was ineffective in the first half, and when he came to life in the second, he failed to intercept the pass that led to Portugal's second goal. He made amends by assisting Ghana's second goal. - 5

Alidu Seidu: His inclusion in the lineup was a surprise but he justified it with a formidable performance - 6

Alexander Djiku: He failed to impose himself as expected. - 5

Daniel Amartey: He was brave and never shied away from the ball despite Portugal's high press - 5.5

Mohammed Salisu: The Southampton player was responsible for the contentious penalty. Aside from that, he was reliable. - 5.5

Thomas Partey: For his standard, the Arsenal man was poor - 4

Salis Abdul Samed: He was calm and assured. The big event never overshadowed him. - 6

Mohammed Kudus: After a slow first half, he exploded in the second. He came close to scoring before setting up the equaliser. -6

Andre Ayew: A similar outing to Kudus. He was at the end of the cross to score Ghana's first goal of the tournament. - 5

Inaki Williams: As the lone striker, he was isolated and underutilized. In the final minute, Inaki slipped in from behind Portugal goalkeeper Diogo Costa, but he couldn’t score. - 4

Osman Bukari: The only substitute who made a positive impact, as he scored. - 5

Jordan Ayew: Lost the ball in the middle twice and both led to goals for Portugal. - 3

Tariq Lamptey: Not a great performance on his World Cup debut - 4