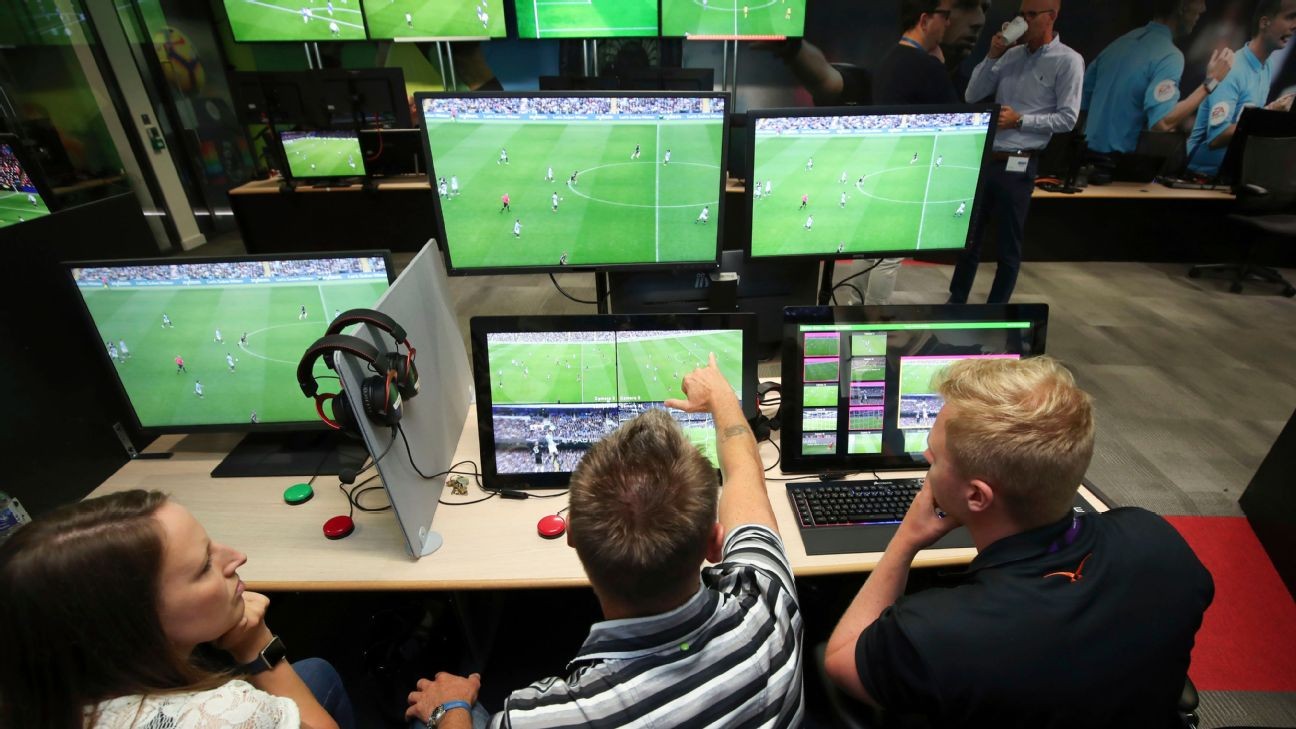 The Exploding Heads are back with this hilarious rendition of why VAR is not only ruining the game of football, but life outside of the pitch too.

Premier League referees' chief Mike Riley has accepted that there have been four clear errors with VAR since it was introduced at the start of the season.

Riley, who is the general manager of the Professional Game Match Officials Limited (PGMOL) and responsible for the implementation of VAR in England, told a Premier League stakeholders' meeting on Thursday that the system had enjoyed a positive start over the first four rounds of games -- but there was room for improvement.

Three decisions should have been changed by the VAR, while a fourth was missed completely by the official at the Stockley Park hub.

Bournemouth vs. Manchester City
City should have been awarded a penalty when David Silva was caught in the area by Jefferson Lerma.

Leicester vs. Bournemouth
Youri Tielemans should have been shown a red card for a studs-up challenge on Callum Wilson.

Newcastle vs. Watford
Fabian Schar's equaliser for Newcastle against Watford should have been disallowed, with VAR official Craig Pawson missing an Isaac Hayden handball.

West Ham vs. Norwich
Tom Trybull's foul on Sebastian Haller should have been penalised and a penalty awarded to West Ham.

Other high-profile decisions not considered as mistakes were Harry Kane's penalty appeal for Tottenham against Newcastle, and Erik Lamela's alleged foul on Rodri in the area in Man City vs. Spurs.

VAR was not able to intervene and award Aston Villa a goal at Crystal Palace as referee Kevin Friend had already blown his whistle for a dive by Jack Grealish before the ball crossed the line, and as such play was already dead.

"Out of the four match rounds there's been some really good examples of where we've intervened," Riley told Sky Sports. "Six incidents where the VAR has advised the referee and we've got a better decision.

"What we've talked about this morning is the four instances where actually the VAR didn't intervene, and had we done I think it would have been a better understanding of the role the VAR plays in the game.

"They [the decisions] are all about the judgement of the VAR, the process we adopt, and us then discussing those with the clubs, with the players, with the managers to make sure that these are really examples where the VAR could have added benefit and intervened and helped the referee on the day."

Riley added that while the Premier League wants to ensure a "high bar so that we don't disrupt the flow of the game," there was a "clear and obvious error" in each of the cases. He insisted VAR remains a learning curve and that referees should have a better understanding over where the "high bar" is set in the future.