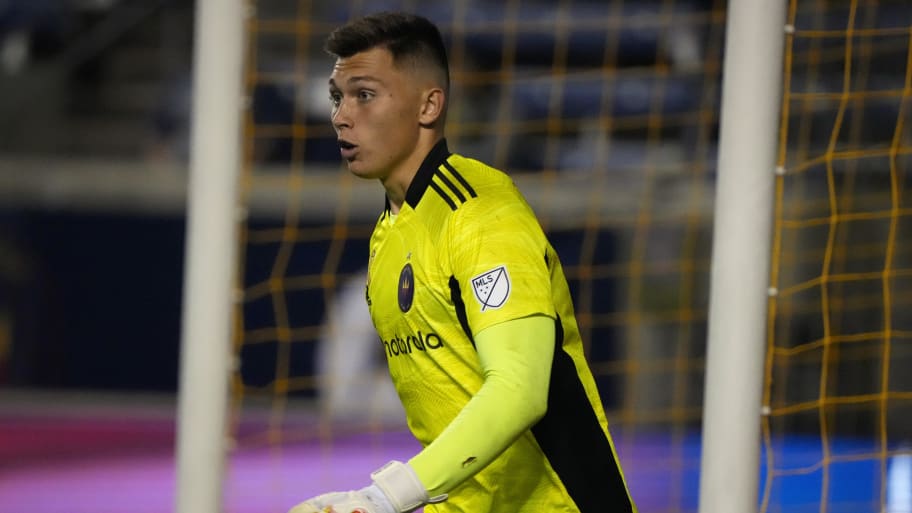 The English Premier League is now looking like the most likely transfer destination for Chicago Fire goalkeeper Gabriel Slonina, 90min can confirm.

As reported by 90min, Slonina has already been the subject of intense interest from Europe, with Atletico Madrid previously meeting with the player's representatives, while clubs from the German Bundesliga and Serie A have also been considering bids.

On Wednesday, journalist Fabrizio Romano reported interest from multiple Premier League clubs and a price tag of €10m ($11.2m). 90min can confirm that report, while also revealing Slonina's representatives are already in England to discuss a potential move.

The 17-year-old enjoyed a remarkable rise at the end of the 2021 MLS season, starting the Fire's final 11 games ahead of established number one Bobby Shuttleworth.

During that time, Slonina kept four clean sheets and averaged 3.91 saves per 90 minutes, some of which were truly outstanding. Despite his tender age, Slonina has shown real maturity - especially given how he's handled the pressures of his position.

The American has since been rewarded with a couple of call-ups to the USMNT - including for the latest round of World Cup qualifiers. Slonina is yet to play for Gregg Berhalter's side and also remains eligible for Poland - he does have nine caps to his name across various US youth levels.

His form has also drawn comparisons to the iconic Gianluigi Buffon from USMNT legend Tony Meola.

Slonina is the latest in a long line of budding talents in MLS to draw the attention of clubs in Europe, with Ricardo Pepi recently leaving FC Dallas for Augsburg and Daryl Dike swapping Orlando City for West Brom proving to be the tip of the iceberg this January.

Should he get his move, Slonina's fee would eclipse the $7m fee that Manchester City paid the Columbus Crew for Zack Steffen back in July 2019.

This article was originally published on 90min as Premier League clubs in talks for USMNT prospect Gabriel Slonina.