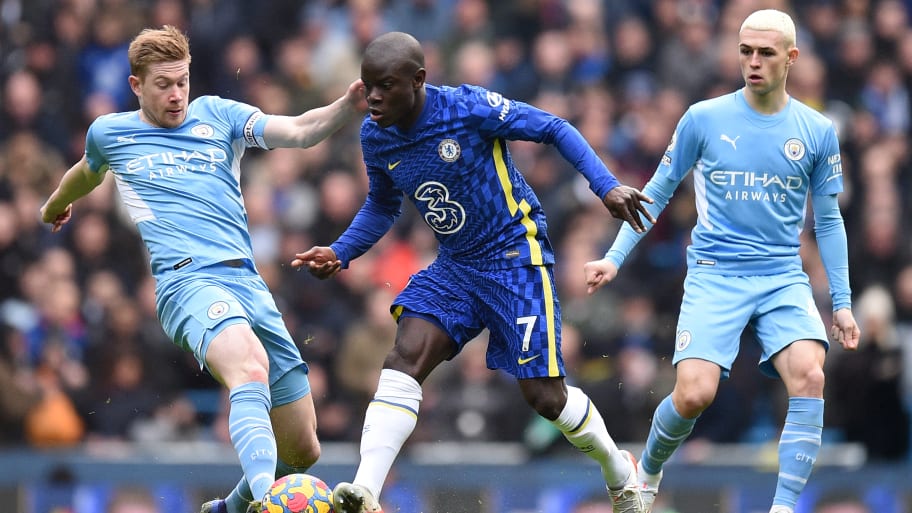 Welcome to 90min's live coverage of all the Premier League action on Saturday.

The action gets off with a real bang, with Thomas Tuchel's Chelsea travelling to the Etihad Stadium to face runaway leaders Manchester City in what is already being billed as a potential title decider.

The 3pm (GMT)-kick-offs will see Newcastle host Watford, Norwich battle Everton and Wolves face Southampton, before the action comes to a close with Manchester United's trip to Aston Villa at 5:30.

Follow all the key bits of action from the games below.

De Bruyne's free-kick comes into the box but Sarr deals with it well.

YELLOW CARD! Alonso gets the game's first caution after dragging down Sterling out on the wing.

Chelsea clear the corner with ease, but City are coming straight back at them.

A nervy moment for Kepa. Laporte's long ball over the top drops just behind Chelsea's defence, and the onrushing Kepa pings his clearance right off Azpilicueta and behind for a corner.